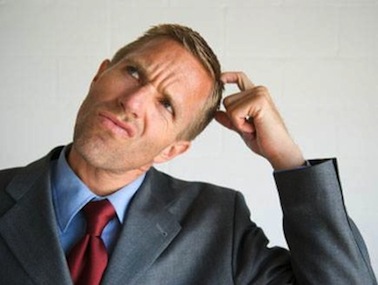 There is a growing debate concerning the adequacy of Canada’s pension system to meet the challenge of the impending surge of retirees, known as the boomers. The latest contribution, Michael Wolfson’s self-described “Not-so-Modest Options for Expanding the CPP/QPP,” replicates and expands upon the recommendations of a number of CPP pension advocates that appears to be a solution in search of a pension problem.

Eliminating elderly poverty was one of the great public policy triumphs of the late twentieth century. Indeed, Prof. Wolfson’s own results show that incomes for people earning less than $25,000 rise substantially when they retire. For middle income people earning up to $50,000, pensions replace between 80 per cent and 100 per cent of earned income. The only group of retirees which see an income drop of more than one-third are those earning more than $100,000, who lower the overall average drop in retirement incomes to the 25 per cent headlined in the study. Do these results call for a massive overhaul of our pension system?

This Op-Ed was written by Philip Cross and Ian Lee and published in Globe and Mail on August 27th, 2013.  To see this article and other related articles on their website, please click here.

The most significant error of Prof. Wolfson’s and similar studies is they all ignore the wealth of individuals. Let’s accept for argument that pension incomes for the middle class are up to 20 per cent below their previous standard of living. This ignores the value of all the assets accumulated over one’s lifetime, notably house and financial assets. Ignoring the income that can be derived from these assets leads researchers to follow the financial community in trying to frighten people that they don’t have enough savings for retirement. Yet, in the words of Malcolm Hamilton, one of Canada’s leading experts on pensions, the reality is that the biggest monetary problem for most retirees is dying with too much money in the bank. This reflects the chronic over-estimation of the income needed to retire (a recent study suggested 30 per cent of earned income might be enough) and an under-estimation of the huge value of the assets Canadians hold.

A recent study from Statistics Canada on “The Adequacy of Household Savings” explicitly takes wealth into consideration. It found that two-thirds of Canadians exceed optimal savings for retirement; for the rest, the “undersaving is small” at less than $30,000 on average and concentrated among low income earners, who already get substantial pension supplements from government. These arguments are validated by the OECD Report on pensions that found that Canada has one of the lowest rates of elder poverty in the world.

In order to fund a substantial increase in CPP benefits, Prof. Wolfson advocates a substantial tax hike, raising the CPP contribution rate from 9.9 per cent to 13 per cent and increasing the earnings on which it would be applied. How much will this raise taxes overall? That is not specified. However, he criticizes a “narrow preoccupation with the CPP/QPP in isolation from the rest of the economy” but is guilty of the same when proposing this tax hike. As the population ages, we will need to keep both GDP and the labour force growing. How much will the proposed tax hike slow GDP growth, and how much will expanding pension benefits depress labour force participation? Yet these critically important questions are ignored… Read the rest of this article.

You can Read CARP’s Response to this Opinion Editorial in Part of this Article: “Ignore the Dangerous ‘Do Nothing’and Keep up the Pressure for Pension Reform”