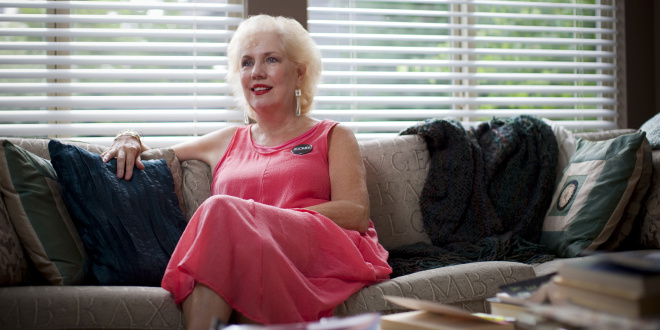 Outliving their money is the biggest fear of Canadians over 50 today, according to CARP, the national organization dedicated to the needs of this group. It’s no wonder Statistics Canada’s 2011 National Household Survey revealed Wednesday that “retirement” doesn’t mean what it used to: At age 60, fully 68.8 per cent of Canadians in 2010 were still earning employment income; by age 66, 43.1 per cent were doing so; and at 75, nearly one in five seniors – 18.2 per cent – continued to collect a pay cheque.

This article was published by Canada.com on September 11th, 2013.  To see this article and other related articles on their website, please click here

But even as Canadians are working longer, the spoils aren’t typically enough to live on. Between age 60 and 65, the share of income the received from employment earnings fell from 70.4 per cent to 42.1 per cent, and reached less than 10 per cent of total income by age 75.

April Lewis, a B.C.-based representative of CARP, is among the many Canadian seniors who, thanks to the recent economic downturn, were never afforded the chance to “retire.”

“I did everything right: I had a master’s degree, I worked my a– off my whole life, and I kept rising to the top. So I thought I was safe,” said Lewis, 61. “Then once day, I was unceremoniously escorted out of the building after over 30 years in health care.”

Lewis’s layoff at age 57 – which coincided with a split from her husband of 32 years – left her with serious questions about her financial future. Though she’s fortunate enough to have a defined benefit plan, along with a history of maximizing RRSP contributions each year, there’s nonetheless little room for error.

“The biggest fear CARP members have is outliving our money,” said Lewis, who now works in a number of contract positions as a writer and spokesperson. 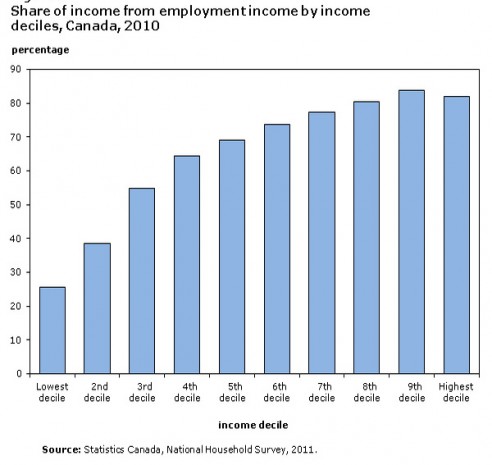 The proportion of seniors was highest in the second and the income third deciles, where they made up 32.1% and 26.1%.

Government transfers, meanwhile, accounted for 41.1 per cent of seniors’ total income, with 90 per cent of those transfers coming from the Canada Pension Plan/Quebec Pension Plan, Old Age Security pension, and Guaranteed Income Supplement. The median benefits received were $6,800 for CPP/QPP and $6,200 for OAS/GIS.

Colin Milner, CEO of the International Council on Active Aging <http://www.icaa.cc/> , said the overall message is that long-term retirement planning is essential.

Independent research released Wednesday, however, paints a bleak picture when considered alongside longer life spans: new polling for the Canadian Payroll Association   shows 42 per cent of workers are living pay cheque to pay cheque, which could have crippling consequences for older boomers who, like CARP’s Lewis, are forced into early retirement.

Among those with a target retirement date, 35 per cent said they’ll have to work longer – five additional years, on average – than they planned in 2008. And of those workers 50 and older, nearly half (47 per cent) had saved less than a quarter of their retirement goal.

“That was, frankly, staggering to us,” said CPA resident Patrick Culhane, who described modern retirement as “a bit of a moving target.”