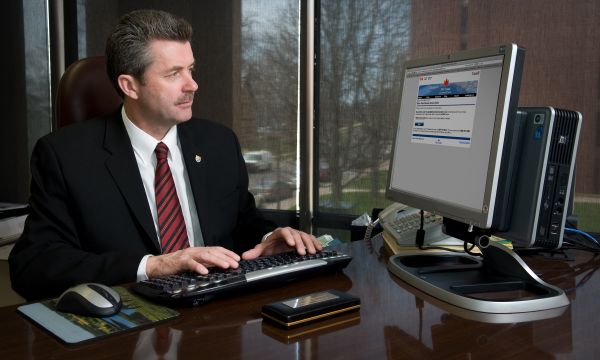 A proposal to boost the retirement benefits for the middle class from the Canada Pension Plan through increases in contributions is rekindling momentum for pension reform ahead of a key December meeting with Finance Minister Jim Flaherty.

Prince Edward Island Finance Minister Wes Sheridan is trying to rally his colleagues around changes that would see the maximum CPP contribution rise to $4,681.20 a year from $2,356.20 starting in 2016, and the maximum annual benefit would increase to $23,400 from $12,150.

This article was published by The Globe and Mail on October 3rd, 2013.  To see this article and other related articles on their website, please click here

Qualifying for the maximum benefit would take an income of $102,000, up sharply from the current maximum insurable earnings cutoff of $51,000. The overall goal is to boost the savings rates of middle-income Canadians who earn less than six figures.

“Where the real dangers lie is with the middle-income earners,” said Mr. Sheridan in an interview. “I think it should be a conversation that is had across the country.”

The federal Finance Minister has circulated a letter to his provincial and territorial colleagues inviting them to discuss retirement-income issues later this year. But Mr. Flaherty has been reluctant to approve CPP changes during a period of slow economic growth.

Responsibility for the CPP is shared between the two levels of government. The plan is on a healthy financial footing, but with annual CPP benefits topping out at $12,150 a year, numerous reports have warned that many Canadians aren’t saving enough through additional voluntary plans to live comfortably in retirement.

Ontario Finance Minister Charles Sousa praised PEI’s plan and said he will be pushing for action later this year.

“There’s too many who aren’t saving, especially in the middle-class category,” he said. “We need to provide enhancement to CPP.”

When finance ministers last met in December, 2012, they asked officials to draft a plan for a “modest” increase to the CPP, along with a way to phase in the changes when the economy is stronger. Mr. Sheridan is hoping his plan will be approved later this year.

Federal Minister of State Kevin Sorenson said in a statement that CPP reforms “continue to be examined by ourselves and provincial governments, but we share the concerns of small business, employees and some provinces of increasing costs during a fragile global recovery.”

A 2009 report to Finance Canada by tax specialist Jack Mintz stated that low-income Canadians generally have incomes in retirement that are equal or better than income earned during their working lives.

That report found some Canadians are not saving enough for retirement, but cautioned that the issue is complicated by the fact that there is no consensus on the percentage of income that should be replaced in retirement. Generally, low-income Canadians will need roughly the same – or 100 per cent – of their working income replaced, while the Organization for Economic Co-operation and Development has suggested higher income earners could be comfortable with as little as 50 per cent replacement if working incomes were $90,000 or more.

“I don’t think it’s very doable, quite frankly,” he said, recommending that it would be better to have a smaller, across-the-board increase to the CPP funded in part by raising the eligibility age for full benefits to 67 from 65.

Canadian Labour Congress president Ken Georgetti – who has been urging ministers for several years to approve a doubling of CPP benefits for all Canadians – said he hopes the PEI proposal will help bridge some of the differences that have prevented action at previous meetings.

“I think it’s going to be attractive to a broader base,” he said.

Other finance ministers welcomed PEI’s proposal as a contribution to the debate, but were non-committal.

Alberta Finance Minister Doug Horner said his main concern is to ensure that higher premiums do not hurt small business and the economy generally.

“There’s a lot of unknowns out there right now, but I’m open to the conversation,” he said. “My guess is that whatever we look at [in December] is going to be very similar to what the PEI plan is and we’ll have to see what impact analysis has been done on the economy.”

“I’ll look at the proposal,” he said. “We are cautious about imposing additional mandatory costs on the participants to the plan at a time when the economy is engaged in a very fragile recovery.”