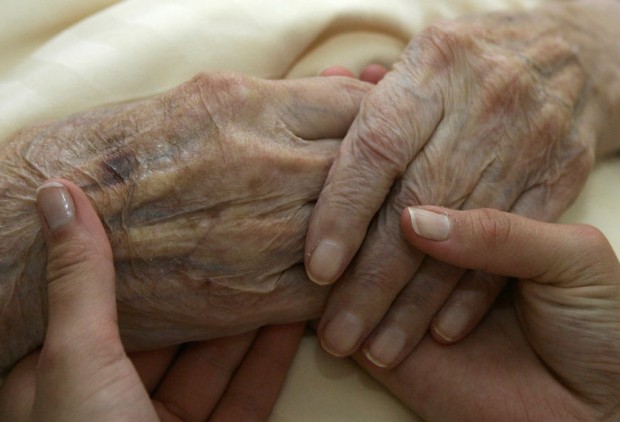 Cape Breton Regional Police have been called in to investigate the death of an elderly man who fell from the window of a hospital in North Sydney, N.S.

Sources identified the man as 76-year-old Gerald Serroul of Sydney Mines. The retired miner had dementia and had gone missing twice within the last year.

This article was published by CBC News on October 15th, 2013.  To see this article and other related articles on their website, please click here

Desiree Vassallo, a spokeswoman for the Cape Breton Regional Police, said officers received a 911 call Sunday afternoon about a man who had fallen from a second-storey window at the Northside General Hospital.

A passerby told police the man was hanging out of the window.

“That man, who was a patient at the hospital, later died so police are now assisting the medical examiner’s office with an investigation into the cause of that death,” Vassallo said Tuesday.

Foul play is not suspected in the man’s death.

Lynn Gilbert, a spokeswoman for the Cape Breton District Health Authority, confirmed an internal review has started but would not discuss any details, only saying an “unplanned and unfortunate experience” had taken place.

“As part of our investigation, we’ll be looking at the timeline of events, any processes or procedures in place, structural issues and anything else that could’ve factored into the event,” she said in a statement to CBC News.

“We’ll also be looking at if there is anything we can do to prevent events like this from happening again.”

Hospital staff on duty at the time have been offered counselling.

Calls for a national strategy

The story marks the second time in as many weeks that the death of a dementia patient in Nova Scotia has made news.

A 91-year-old women with dementia died after an altercation with another patient on Oct. 5.

The cases are renewing calls for a national dementia strategy.

“Acute care hospital is the wrong place to care for someone who is a) not acutely ill and is b) ill in a way the hospital doesn’t really get,” said Dr. Kenneth Rockwood, who specializes in geriatrics.

“I think what we really need to do is recognize the skills it takes to look after someone with dementia in their own home and reward people appropriately.”

Bill VanGorder, head of the Canadian Association of Retired Persons in Halifax, said there need to be stricter standards.

“Two in a week, it’s a wake-up call it really is. We have to understand better what is happening and we need standards or we need to know what the standards are in the province.”

The Alzheimer’s Society is asking the federal government to set up an Alzheimer’s disease and dementia partnership, modelled after existing federally funded health initiatives such as the Canadian Partnership Against Cancer, Canadian Blood Services and the Mental Health Commission of Canada.

In Ottawa, the talk of a national strategy is already gaining ground.

Claude Gravelle, the NDP member of Parliament from the riding of Nickel Belt near Sudbury, Ont., introduced a private member’s bill for a national dementia strategy in 2011. The bill is expected to have its second reading next year.