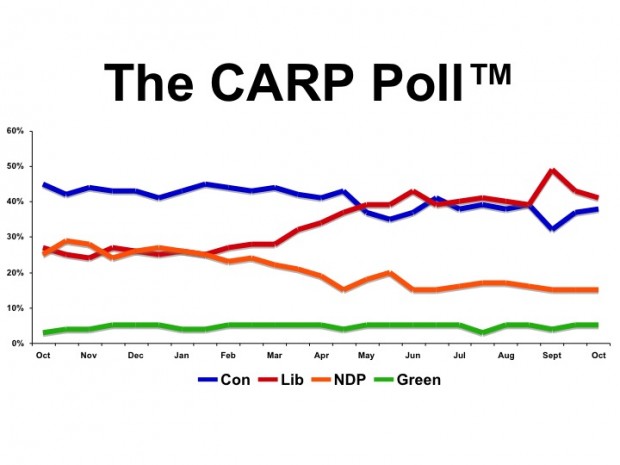 October 18, 2013: CARP members have strongly favoured physician-assisted suicide since we began polling the subject and are more in favour of it now than ever. Their reasons for supporting it are centred on choice, control of one’s life and retaining one’s identity and dignity. There is a very small but persistent minority of about one tenth which is adamantly opposed to assisted suicide, seeing no need for it nor for a discussion about it. Those who oppose it do so mainly on moral and religious grounds, whereas those who favour it do so on grounds of choice, control and personal freedom.

The majority agrees a ‘good death’ is not possible in Canada, being defined as a death in which the patient has control, choice and dignity, the loss of which are seen to be the greatest fear at the end of life.

Most know someone who has had a ‘good death’, mostly because they died in their sleep, went quickly or had no pain at the end. Control and choice are also mentioned in this context. Fewer know someone who ended their life on their own terms or had help, but almost all would want the opportunity for themselves, and many would travel abroad to find it.

Many believe assisted suicide exists now, unofficially, in Canada, and the vast majority wants it legalized, as a decision to be made only by the patient and doctor. The proportion who want the decision to be made by the patient only has increased sharply recently. For the most part, members agree assisted suicide should be made widely available, not restricted only to the very ill.

The strongest argument made against assisted suicide is a moral/religious one whereas the strongest argument in favour is to return control over one’s life to the patient. Almost all think a national discussion is necessary and that the issue must be debated in Parliament, and far more will support politicians who support assisted suicide than will vote against them.

After briefly dominating the once-dominant Conservatives, the Liberals now lead by only a slim margin. The NDP is firmly in third place.