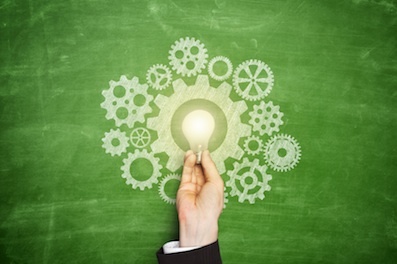 The Canadian Institute of Actuaries (CIA) recently painted a frightening portrait of Canadian healthcare, with projected costs growing to the point where little money will be left in provincial budgets for anything else — roads, schools, jails. While the report is solid, it is gentle in identifying the real issues we need to tackle.

The actuaries start with Canada’s growing and aging population, which they identify as one important factor. They then look back at how fast health-care costs have been growing over and above population growth and aging. But when they project using these historical rates, the result is too implausible, with health-care spending going over 100 per cent of provincial budgets. So the actuaries just chose their own lower growth rates, without any basis in fact — slow enough that their main projections are not wildly implausible, but still scary.

This article was published by The Chronicle Herald October 8th, 2013.  To see this article and other related articles on their website, please click here

On our aging population, it is true that the elderly consume more healthcare services than the non-elderly. For example, the Canadian Institutes of Health Information (CIHI) estimate provincial spending for those age 40-45 at $2,100 per capita, while it was $26,000 for those age 90+ in 2010. But UBC’s Centre for Health Services and Policy Research continues to stress this is a “zombie” explanation for rising health-care costs — it has been slain repeatedly by the evidence, but keeps rising from the dead. Indeed, a 2013 study from Alberta Health pegged aging at a manageable 0.8 per cent of their health-care cost increases over the past decade, while wage, inflation and “unknown” factors accounted for a 6.6 per cent increase.

So what’s actually driving our health-care costs? A large part of the increase comes from three main areas: new technologies such as diagnostic tests and drugs, and physicians.

There have been miraculous technological advances, but diffusion of many new technologies is largely uncontrolled. Many MRI and CT scans, for example, provide life-saving benefits. But others have no impact at all on the patient’s course of treatment or health outcome, wasting both skilled professionals’ time and health-care dollars.

Same with drugs. One recent study randomized a group of seniors who were regularly taking an average of nine drugs — half continued, while the other half were advised by an independent physician to drop, on average, four of their drugs. The result: those on fewer drugs felt better and were healthier.

Another major cost driver completely unrelated to population aging is the incentives facing physicians, the gatekeepers to health care, and to health-care costs. If a doctor does more surgery, he or she makes more money, becomes more proficient, and gains prestige. Proficiency is important — health care should be organized so that services are concentrated in high volume centres where specialized expertise can better be applied. Unfortunately, Canada’s health care is not always so organized.

More importantly, more surgery is not necessarily better. In a 2009 study, we looked at 30-day survival after treatments for heart attacks (bypass surgery or angioplasty). For many health regions, there was no difference at all while the proportions treated ranged from 20 per cent to 60 per cent. There are several possible explanations, one being this three-fold difference results from overly aggressive — and very costly — treatment, that in the end was unnecessary.

How can such inappropriate use of health care persist, especially when the cost is so high?

One major issue is lack of information. We simply do not have the data to assess whether a given hip replacement prosthesis has a good track record, when longer term side effects from pharmaceuticals are emerging (think Vioxx), or why some surgical teams have better results than others.

Why is this data lacking? It’s not the computer science. We should look instead to physician resistance and an insidious but pervasive “privacy chill.”

No one likes someone looking over his shoulder at his work. Most of us have no choice. But physicians are in uniquely powerful positions, and a critical mass have subtly but successfully resisted needed information being assembled and analyzed. They (perhaps correctly) fear that egregious examples of incompetence will be revealed. But as patients, we should welcome the improvements in quality of care — and as taxpayers, improved cost effectiveness — that would result.

Fears about personal privacy are also delaying needed health information. Some concerns are legitimate, but these are surmountable. Health-care leaders have all kinds of opinion polls and focus group results showing that Canadians are more than willing to have their health-care records analyzed statistically by bona fide researchers if it will improve health care quality.

Of course, increasing health-care costs are a problem. But let’s not blame an aging population or generalized pressures for increased spending. We need to focus on real causes — not least, the missing information and analysis that will make some doctors and health ministers uncomfortable, but in the end, make us all better off.

Michael Wolfson holds a Canada research chair in population health modelling/populomics at the University of Ottawa and is a former assistant chief statistician at Statistics Canada.