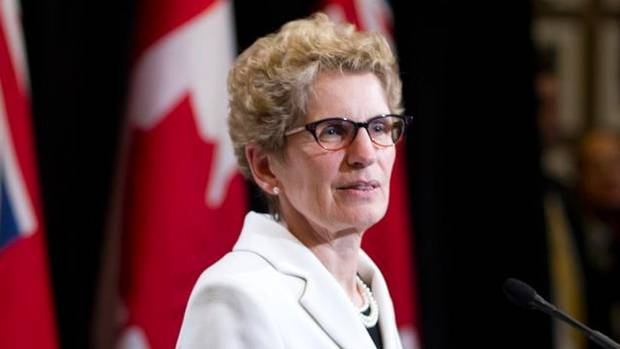 A provincial movement to expand the Canada Pension Plan is picking up speed, with civil servants drafting a concrete proposal for change and Ontario Premier Kathleen Wynne rallying support for the reform.

Ms. Wynne is kick-starting that push with a trip to Calgary to make her case to Alberta’s Alison Redford, whose province opposed a previous attempt to increase CPP benefits on the grounds that the tax hike to fund them would hurt businesses. The pair will hunker down for an hour Friday morning.

This article was published by The Globe and Mail on October  25th, 2013.  To see this article and other related articles on their website, please click here

The push comes amid increasing concern many Canadians will be left high and dry when they retire. Earlier this week, the Bank of Canada put off hiking rates, stoking fear among pension funds that face shortfalls in their investments.

“It doesn’t matter where you are in the country, people are not saving enough. There is not enough being put aside for people’s retirement – whether you’re in a jurisdiction with full employment or not,” Ms. Wynne said in an interview at her Queen’s Park office. “I really want to understand Alison’s perspective on this and how she sees a solution.”

The Ontario Premier has reason to hope Alberta’s fears can be assuaged. Ms. Redford’s finance minister, Doug Horner, told The Globe and Mail his government will keep “an open mind” on the subject.

“What we want to ensure is that this doesn’t have a detrimental impact on jobs, on economies and on small and medium-sized businesses,” he said. “We have an open mind to the discussion, and we’ll look forward to having that national discussion.”

Ms. Wynne is also believed to have a good working relationship with Ms. Redford. A photo of the two of them high-fiving in the Queen’s Park library last winter hangs on the wall of the Ontario Premier’s office. Friday’s têtê-à-tête will take place at Ms. Redford’s favourite café, in the Prairie city’s trendy Sunnyside neighbourhood.

While Ms. Wynne is publicly pressing to gain other provinces’ backing, bureaucrats have been working behind the scenes on a white paper that would spell out exactly what CPP reform could look like. The policy is expected to be presented at a meeting of provincial finance ministers next week in Toronto. Prince Edward Island Finance Minister Wes Sheridan said the white paper will likely be largely based on measures he has been advocating. The PEI proposal would raise the current maximum insurable earnings cutoff from $51,000 to $102,000, meaning higher income earners would pay more in premiums but would also receive more in retirement.

“I’m feeling very confident that we can bring this to fruition,” he said.

Manitoba Premier Greg Selinger, who met with Ms. Wynne Thursday evening in Winnipeg, is also on board. “Manitoba has been working with Ontario and other provinces to lobby the federal government for a meaningful, phased-in and fully funded expansion of the CPP as a foundation piece of a plan to strengthening the retirement income system in Canada,” Mr. Selinger’s spokesman wrote in an e-mail.

CPP reform will also be on the agenda at a premiers’ meeting in Toronto in November. The push is building toward a sit-down between federal Finance Minister Jim Flaherty and his provincial counterparts in December, where the provinces can make their case directly to him. Ms. Wynne has already pressed him informally at a dinner hosted by Cardinal Thomas Collins last week.

Provincial finance officials are already preparing a backup plan that would create an Ontario-only pension plan if negotiations on an expanded CPP fail. But Ms. Wynne said she hoped not to exercise that option. “Our first choice is to bring in the federal government into this discussion with the provinces, and I don’t think that we have exhausted that outreach at this point,” she said.

The federal government remains non-committal toward a CPP increase, but has not ruled it out. The Minister of State for Finance, Kevin Sorenson, maintains in a statement that Ottawa will continue talking with the provinces, but also shares “the concerns of small business, employees, and some provinces of increasing costs during a fragile global recovery.”

Ottawa’s position has clearly shifted from three years ago, when Mr. Flaherty urged the provinces to support a “modest” CPP enhancement. When he was not able to secure the required level of support for a change, his focus shifted to promoting a proposal for voluntary Pooled Registered Pension Plans.