The Middle-Aged Guide to Growing Up: Cashing In - CARP
Join Donate Sign In 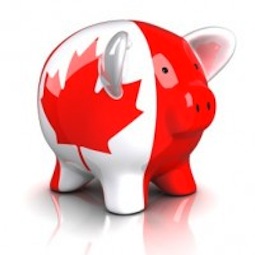 I’m a Boomer, and I’m coming up on three score years. When my birthday comes early next year, the first thing I’m going to do is apply for early CPP. Here’s why.

I was a corporate executive during my peak earning years and made quite a lot of money. When I was young, however, I had lots of interesting jobs rather than gainful jobs, and I was struggling actor for about five of those years. Since I quit the corporate rat race 13 years ago, my earnings have been satisfactory but modest. I had some RRSPs but the recession wiped them out.

When you consult the Service Canada CPP calculator online, it first asks if you have a statement of earnings and contributions to CPP. I had one years ago when I was in my 30s, but I have no idea how to go about getting one now. So I estimated my income during my contributing years at about $45,000. This isn’t my entire adult life, I spent a couple of years in the 70s living in Latin America, speaking Spanish and living below the radar. Nevertheless, during the 25 or so years I have worked in Canada, I made less than $50,000 on average.

The first thing the Service Canada pension calculator does is sort out your OAS, or Old Age Supplement. This kicks in at 65, no choice on my part (but if I were younger, it wouldn’t be until 67), and it’s about $550 a month, or about $6600 a year. I won’t have a mortgage when I’m 65, but this would just about cover it. It’s about twice my property taxes, and equivalent to my winter heating and electricity bill.

I plan to live to 95, and I think I have the constitution and the genes to do it. This would imply living 30 years on pension income. If I wait until 65 to collect, I get a total of about $540,000 across the rest of my life.

However, I don’t plan to stop working when I start collecting CPP. So there’s no point in waiting. I may be one of those elusive Canadians who will do better after retirement than before (if you can call working until I drop retirement).

Mind you, I could really make out if I delayed collecting CPP until age 70. In that case, I get about $1320 a month, or about $16,000 a year. Coupled with OAS, that would be an income of about $22,600 after age 70, a very respectable income for someone with no mortgage. This would amount to a total across my lifetime of almost $600,000. That’s quite a payoff, but I think I’d rather go for the more modest one as a 60th birthday pr