The Middle Age Guide to Growing Up: School’s Out - CARP
Join Donate Sign In 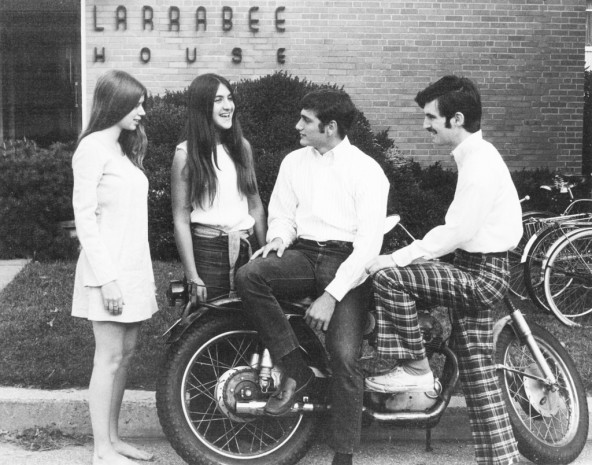 I’m a Boomer, and I went to college when it was more a smorgasbord  of learning experiences than a multi-course meal of pedagogical dishes. Half my credits for two of my years of University were for a program called Dialogue, and it was precisely as fuzzy as it sounds. We talked, we held group trust exercises, we paired up sexually and serially. We learned nothing. I didn’t graduate.

Mind you, I deserved it, I never graduated from high school. I left an Ontario school in grade 12 for a Quebec University I had selected based on the work of one particular drama teacher. I arrived to discover he had retired. There wasn’t much else to recommend the school, other than it’s party rating.

The material we covered in Modern Drama, I had done quite thoroughly in grade 10, so I spent most of my class time completing assignments for football players (drama was one of the courses our championship players took). I charged according to the grade, which I guaranteed. Then I spent the money on pot. Ahh, the 70s.

The point is, my education has been incomplete, although by no means thin. When I get interested in something, I become an expert, and I’m an expert on a lot of things. None of this expertise explicitly depended on attending classes and completing assignments according to a curriculum, however. It came from personal exploration. Frank Zappa famously said “If you want to get laid, go to college. If you want to learn, go to the library”.

Prince Philip addressed my brother’s boarding school graduating class and I was there. He said “You know, you don’t have to go to college, I didn’t and I turned out alright”. I married well too, but not that well, but still, I don’t think the classes were the most important part of my higher education. I don’t know what was, but I learned a lot in the pub, and in rehearsal and hanging out in nicer rooms than mine.

I’m given to understand by those younger than me that this model of education, which has served us well since the middle ages, is no longer enough. Generalists, while needed in the long run, are rarely hired out of college. Knowledge is knowing a tomato is a fruit and wisdom is knowing not to put one in a fruit salad, but knowledge is measurable and wisdom is not, and hiring requires measuring.

This lack of any educational credentials whatsoever has not hindered my career path. I did a lot of interesting jobs when I was young, was an executive in my peak earning years and I’m doing what I always wanted to do now. That’s not bad for no middle school diploma (I skipped grade 8), no high school leaving certificate (I skipped grade 13) and no degree. But I suppose you couldn’t do it today. You’d be as employable as a poet, and not much else. Young people have to map their careers out by college, certainly by second year. They don’t have the luxury of learning what they want to do by living. They have to start learning their living right away, which leaves no time for serendipitous experience.

However, all is not hopeless and pre-ordained. We are increasingly becoming a nation of content creators, as opposed to thing-makers. Content requires writing and articulation and discrimination, and you can’t learn those in an Executive MBA course, you can only learn them by living. I meet a lot of people younger than me who haven’t lived much but have a lot of qualifications and responsibility. These are the ones who could stand to take a “gap year” and drive a taxi or sell ladies undergarments.  No telling what they might learn.