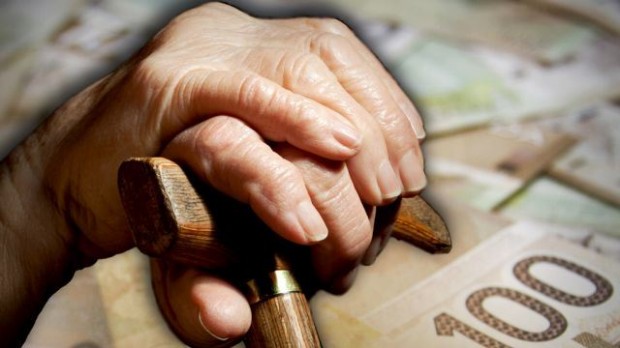 Opponents of CPP enhancement have spent that past five years denying that there’s a retirement savings crisis in Canada. Defenders of the status quo like to point to the decade’s long decline in Canada’s old age poverty as proof that the system is working just fine. It’s true that Canada’s pension system,  including the Canada Pension Plan (CPP), has done much to help Canadian seniors retire securely but the status quo is no longer sufficient to prevent poverty in old age according to a new study from the Organization for Economic Cooperation and Development (OECD).

Canada’s seniors’ poverty on the rise

The new report from the OECD shows that from 1997 to 2010, old age poverty rate in Canada increased by 2 percentage points, from 5.2% to 7.2%. Percentages, however, rarely capture the human cost of poverty. In that period, an additional 100,000 seniors entered poverty. There are currently 360,000 Canadian seniors in poverty based on this report.

It’s true that Canada’s old age poverty rate of 7.2% is below the OECD average of 12.8%, but according to other retirement income measures included in the study, Canada is behind many OECD countries, including public spending on pensions and retirement benefits.

Spending on public pensions and government retirement benefits accounts for only 4.5% of Canadian GDP, whereas the OECD average is 7.8% of GDP. Public transfers account for a 39% of the gross income of Canada’s seniors compared to OECD average of 59%.

Focus on private savings is leaving many behind

Canada spends less on pensions and benefits because the majority of retirement income in Canada comes from private savings and private pensions, both of which are tied to employment in general and good jobs in particular. The OECD report warns that Canada’s reliance on private retirement savings will increase the gap between financially stable and impoverished seniors.

“As private pensions are mainly concentrated among workers with higher earnings, the growing importance of private provision in the next decades may lead to higher income inequality among the elderly. Those facing job insecurity and interrupted careers are also more exposed to the risk of poverty because of the lower amounts they can devote to retirement savings”, the report concludes.

“Higher poverty among older women reflects lower wages, more part-time work and careers gaps during women’s working lives, as well as the effect of longer female life expectancy of women, for which many women have not been able to save enough. The slower growth of the incomes of the elderly compared to those of the working – age population is another reason for the rise of the risk of poverty in old-age in Canada, given that poverty is measured in relation to the median income of the total population.”

The status quo is already leaving behind an increasing number of seniors. If nothing is done to improve retirement security, in the coming years more seniors will face poverty in retirement.

CARP’s member polling reflects this shift in retirement security already. Since we first polled members in 2009 on their level of financial comfort in retirement, the percentage of people who say they are comfortable has been cut in half, from 30% to 14%. On the other end, members who report living day-to-day increased from 19% to 28%.

CARP’s has long cautioned governments that continued inaction on pension reform puts at risk current and future seniors’ retirement security. This OECD report confirms that it’s getting more difficult to achieve financial security in retirement and if the status quo is already failing seniors, further inaction on CPP enhancement will have lasting effects on Canadians’ ability to achieve financial security in retirement.