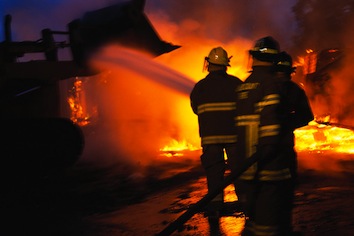 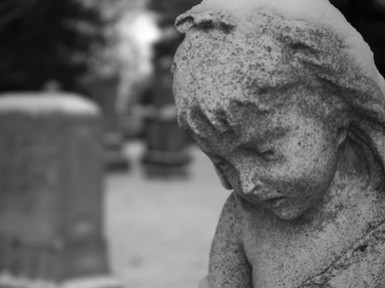 The town of LIsle-Verte grieved together at a mass Sunday, and some politicians might have asked themselves whether to attend and for good reason. The only tragedy greater than the loss of 32 grandparents and parents is that they (we) knew what can be done to prevent such carnage and didn’t do it.

Fire marshals say that sprinklers should be installed in every dwelling where people need help getting out in case of a fire. They have said so to every one of the inquest juries that reviewed several such tragedies over the past three decades.

Translating that simple advice into practice is where things break down. In most of Canada now, as a direct consequence of those inquests, any new nursing home must have sprinklers. But not everywhere. Building and fire codes are provincial matters. The National Fire Code and Building Code offer a national standard for the provinces to adopt but some, notably Quebec, have not done so.

This article, written by Susan Eng, the VP of CARP Advocacy, was published by The Globe and Mail on January 27th, 2014.  To see this article and other related articles on their website, click here.

In a new building, besides sprinklers, fire retardant building materials must be used, concrete preferred over wood, and pressed wood is not allowed. The door to every resident room is a fire door shut the door and neither smoke nor fire can get through. There must be fire zones groups of rooms or common areas of a limited size behind another self-closing fire door. So in a fire, the sprinkler would be activated where the fire starts. Residents can be safe inside their rooms. Staff would move the residents out of the zone where the fire started and into another zone and shut the door. No need to carry people down the back stairs. A few staff can move the residents into the next zone in good time. And they practice at least annually.

Of course, this is an over-simplification there are caveats and no guarantees. But, the point is we know what should and could be done to prevent a tragedy and were already doing it in most newer facilities.

So then lets look at LIsle-Verte: a three storey wood structure with no sprinklers and no information as to whether there were fire doors or zones. All we hear from the provincial minister is that the home complied with existing regulations. So that’s okay then?

The challenge has always been with older homes built before the new standards came into effect. Retrofitting is expensive and home operators have resisted mandatory retrofit requirements. Even where retrofitting is required (in just a few provinces), exceptions have been carved out for buildings of a certain size or number of residents.

Then the regulators twist themselves into pretzels trying to define what kind of home is covered in response to push back from the home operators. So, in most cases, nursing homes must retrofit but only Ontario covers retirement homes. What about apartment buildings where a lot of seniors happen to live? Should they move?

Sprinklers give everyone a better than fighting chance to get out but especially those who cant get around by themselves. The exceptions take a calculated risk with lives; they’re based on some anticipated percentage of residents who are not autonomous. But people checking into nursing homes today are more frail and dependent than ever. Virtually all those at LIsle-Verte needed help getting out and this is increasingly true in all nursing homes and even retirement homes.

And of course, there are phase-in periods if there is any retrofit required at all. At least, Ontario’s Health Minister Deb Matthews is prepared to reconsider Ontario’s five- to 10-year phase-in after the LIsle-Verte tragedy. How long do people in other provinces have to wait before all their care homes are safe for their loved ones?

The saturation media attention is forcing all of us to consider the calculus here: cost of retrofitting [probability 100 per cent and immediate expense] versus loss of life [probability? value?]. This calculation underlies the resistance from care home operators to mandatory retrofitting. They might argue that it was unnecessary or a fire unlikely but mostly they argued that the cost was prohibitive.

So lets make the calculation easier for them. If person dies in a fire under your watch, you pay. You pay for the funeral and into a fund to retrofit all such other care facilities. Families grieving the preventable death of their grandmother rarely have the wherewithal to sue and to delve into the deep weeds of the fire codes. So, lets reverse the onus. Forget about the excuses and especially the expressions of remorse. They’re not worthy of such tragedies.