Are long-term employees being targeted for cost-saving layoffs? - CARP
Join Donate Sign In 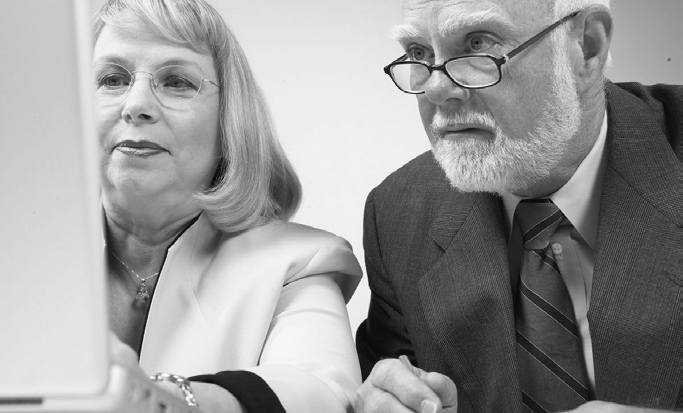 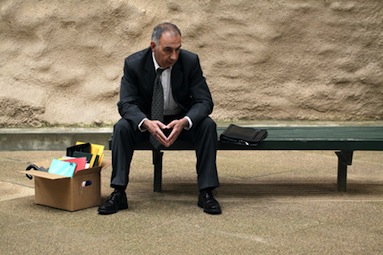 In 2012, Sean McCann* was working for the same corporation he had for the previous 25 years. A conscientious worker who received good performance reviews, McCann was not among the many Canadians who put retirement planning off. Starting early in his career, he had carefully planned and saved, setting his 60th birthday as his goal because that is when he calculated he would have enough in his pension to live comfortably. His employer, which had weathered the recession well, in fact making profits even through the worst of it, was having an exceptionally good year. The public company had outperformed analysts expectations and provided its shareholders with best-ever returns on their investment. But one would never have guessed this by spending just a little bit of time at McCann’s workplace.

Layoffs were happening weekly within my department and in other areas. Every week in meetings, you would hear about someone being let go or you would receive a departmental email announcing that so and so was pursing new opportunities. Some were young but most were over 40, says McCann. “I had seen it many times over the years: older, long-term workers were being laid off.  At 50 and with 25 plus years of service I knew I was a target.  Now, it was a real possibility that it would be my turn.”

Then, the day before his 51st birthday, McCann’s manager called him into his office and presented him with a letter stating his position had been eliminated. Being divorced and on my own with two children, one in college full time and the other working part time, I had obligations… my mortgage, bills, my share of education expenses, says McCann. I thought, no problem. I have time to find another job. Having been out of the job market for 25 years, I didn’t realize how competitive it was out there.  So far I haven’t been able to find work. I have had some interviews, came close a couple of times but…

This article was published by Alexandra Lopez-Pacheco for Third Quarter on January 27th, 2014.  To see this article and other related articles on their website, click here.

McCann believes his employer laid him and other older colleagues off as part of a strategic decision to save money by targeting long-term employees with higher salaries and pensions in order to reach higher profit targets. These are the days when shareholder expectations for ever increasing value seem to trump all else. But whether to keep shareholders and analysts happy or simply to stay afloat in today’s competitive environment, it appears that at least some companies may indeed be targeting long-term employees to get the biggest bang for their layoff. And anecdotally, it appears these employees are being replaced with part-time or contract employees.

According to a 2011 Statistics Canada research paper, Workers Laid-off During the Last Three Recessions: Who Were They, and How Did They Fare? almost 40% of workers laid off during the 2008  downturn were aged 45 or older, twice the rate of 19% in the early 1980 downturn. When the researchers took into account the change in Canadas demographics, they found that the increase was 20%, which is still a pretty significant jump. However, even more significantly, the study also found that high-seniority workers accounted for a greater share of all laid-off workers during the most recent downturn.

Yeah, I definitely think it is happening, says Ellen Auster, Professor of Strategic Management and Director, Schulich Centre for Teaching Excellence at Schulich School of Business In a somewhat recessionary economy, depending on what sector you’re in and what country you’re in, people are looking for short-term, cost-cutting strategies more than they’re thinking about the long-run implications of those choices. They overlook the loss of talent, the loss of institutional knowledge, the amount they’re going to pay out in severance pay, vacation and sick days and the impact of the layoffs on the survivors. If you lay off a bunch of people, those left, go through what researchers have called Survivor’s Syndrome. They either fear that they’re going to get laid off or experience negative morale from the impact of seeing other peers laid off. That leads to a period of low productivity and low engagement, which also costs the company money.

Taking all the factors into account, the price of layoffs, particularly of long-term employees to cut costs for higher profits rather than survival could very well be far higher than short-term savings.  You have some organizations saying our people are our most important resource or we value our people. That’s the talk, but if the walk is firing and layoffs and they’re not integrating the values into everyday decision-making, I think you end up with cynicism around company values in a lot of companies. Employees just feel like Yeah, that’s just a lot of noise. It’s plastered all over the website but it doesn’t really resonate with us because we don’t see the company’s executives living those values,” says Auster.

There’s another serious risk to laying off long-term employees: wrongful dismissal lawsuits. You cant discriminate against somebody on the basis of age, says Doug MacLeod, an employment and labour lawyer with MacLeod Law Firm, based in Toronto. There are some cases where human rights abdicators have concluded that employers who terminate older people are doing so on the assumption the longer you work there, the higher your salary and pension costs are going to be, and they have concluded that that kind of reason for termination is age discrimination under human rights legislation.

Research shows that people 45 and older who are laid off take much longer to find a new job than their younger counterparts. And when they do find a job, they have to take a pay cut, which can be anywhere between 20% and 50%, says Anil Verma, director of the Centre for Industrial Relations & Human Resources at Rotman School of Management.

Cry me a river, some might say, because all too often the issue of boomers and jobs is discussed in the context of the wealthiest generation in history holding on to their jobs, a problem aggravated by the elimination of mandatory retirement. Alas, the narrative goes, companies cant convince these boomers to leave and thats depriving Millennials of opportunity for jobs and careers.

Really? Between 2009 and 2012, more Canadians over the age of 55 were permanently laid off than retired, according to Statistics Canada’s labour force survey estimates (LFS). As Susan Eng, vice-president of advocacy for the Canadian Association of Retired Persons (CARP) says, eliminating mandatory retirement only removed legislated age discrimination.

Whats more, most of the discussion around boomers has been based on the experiences of the first wave. According to a 2013 study, about two-thirds of individuals at the leading edge of the baby boom generation entered their fifties in long-term jobs, with most working for the same employer for 20 years or more and most did not experience any permanent or temporary layoffs. But one third did not fare as well, and many of these may need to work for years to come just to make ends meet.

Conversely, younger boomers as well as early Generation X have had a different experience. In the 1990s recession, when layoffs primarily affected those with less seniority, it was this generation of boomers that was hit. During the restructuring era that followed, which led to the decline of long-term employment, they were hit again. And if they managed to escape the restructuring or pick themselves up during the boom years, ever since 2008, many have been hit again since layoffs are now largely targeting those with seniority. They also lived through the dwindling of private pensions and decrease in salaries in real dollars over the last three decades.

Today, only one in four Canadians has a pension.

Younger boomers as well include the parents of Millenials, who are facing brutal unemployment rates with little hope for opportunities in sight. As a result, many of these boomers are supporting their children, or digging into retirement savings to help them crawl out of huge student debt–or just to buy food and pay the rent. When the first wave of boomers hit their 50s and early 60s, their adult children were embarking on their careers, which meant they could focus on saving for their retirement or paying off the mortgage. Today, many younger boomers, who even by traditional standards would have another 10 to 15 years of income earning, are struggling to pay the bills with a long ways to go on their mortgage. Unemployed, they are job searching along with their children–while reading media reports that it is their generations fault Millennials cant get work.

And in the years to come, if enough laid-off boomers hit the ageist wall and are unable to find work to get back on their feet financially, we will see an increase in elderly poverty and dependency on government assistance. The short-term cost savings of some companies will thus become the long-term bill footed by taxpayers, making this not just a personal or business issue but an economic and social one for Canada. Ironically, at the heart of this potential crisis will be people like McCann who worked loyally for years for the same company, paid their taxes and saved for retirement.

My severance is starting to dwindle. I still have time but if I am unable to secure a new source of income I have some changes to make, says McCann. I am still hopeful.