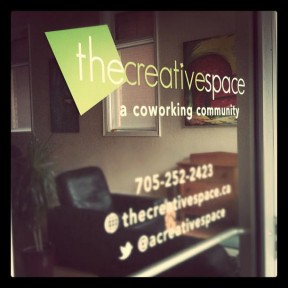 Its no secret that millennials, also known as Gen Y and twenty-somethings, are having a hard time getting a foot on the first rung of the career ladder.

In an age of low wages, few benefits, high costs and fragile economic growth, millennials can be forgiven for casting a questioning gaze at those older types, but maybe not all that wiser, wondering, how did you screw it up so badly.

Studies and stats are showing the difficulty millennials are having its being reported that members of this cohort may not do better than their parents, and if that comes to pass it will reverse a generational trend.

At the other end of the spectrum, older workers are experiencing many of the same problems as the younger set. The Great Recession not only decimated retirement savings, it also caused the loss of jobs and opportunity, leaving millions in their 50s wondering where they would find work and how they would pay the bills.

When no helping hand is proffered, give yourself one. Necessity is a great motivator, perhaps the greatest. If you have a skill, or a particular set of skills, and no one is opening any doors for you, look for ways to open your own. Happily, youre not alone in that endeavour.

This article was published by John Devine for The Barrie Examiner on January 28th, 2014.  To see this article and other related articles on their website, click here.

Here in Barrie, millennials and boomers are meeting at a fascinating exercise in entrepreneurship known as the TCS The Creative Space. In operation since 2009, the brainchild of Chad and Sandra Ballantyne, owners of Rhubarb Media, TCS is the type of opportunity hub politicians always talk about, but rarely achieve. Its a kind of grassroots free enterprise business that provides a creative space for entrepreneurs, young and old well, oldish to build their own futures.

Operating from the warm, eclectic environs of 12 Dunlop St. East, the space is home to the largest single grouping of employers and employees in downtown Barrie, apart, its assumed, from City Hall. Fans suspended from the high ceiling circulate air, and artworks adorn the walls, creating a culture where thought and production spring naturally from one another. 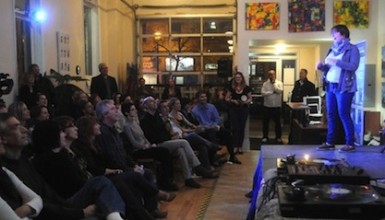 TCS members strategize and meet clients, from the comfort of the couch area looking out to Dunlop, or one of the boardrooms.

Its not only a co-working site for professionals its a community gathering space. Programs include Ignite Barrie, an information exchange for fostering and inspiring Barries creative community, and Spark, a school initiative that encourages new learning pathways and postures.Once, it was a given that children would do better than their parents it was part of the middle class promise.

Now, however, theres plenty of evidence that suggests this societal pillar is collapsing. Insights abound. Rob Carrick, Globe and Mail business writer, for instance, wrote last year, in his column Young adults really do have it tougher, that those age 20-24 are 41% worse off than were people of a similar age in 1976.

In a more recent piece, Carrick wrote about a study on 25-year income trends for people 25-34 by Markus Moos, a University of Waterloo assistant professor, that found young people themselves believe they are going to have a lower standard of living than their parents.This growing wealth of information dismisses the nonsense that millennials themselves are to blame for lack of opportunity.

As someone famously said, its the economy, stupid.

According to a recent HSCB report, 17% of Canadians dont expect to ever be able to fully retire, and Susan Eng, vice-president for advocacy at the Canadian Association of Retired Persons, says that over the last seven years, the number of older people in the workforce has doubled, from 300,000 to 600,000.Trends seem to be suggesting a basic reality: younger people need help to begin building their dreams, and older people to continue their own which brings us back to The Creative Space.

The space is embarking on a significant expansion, one it hopes will generate the interest and support of the broader community.

Through a crowd-funding campaign, it seeks to raise $150,000 over 50 days, rallying community support to help keep growing our vision and the entrepreneurial community in Barrie.Donations are sought and welcome, as is assistance in spreading the word.

Together were building an affordable place where people can work happier, be more successful and thrive, says Chad on the philosophy of the space and the campaign itself.Were launching a major effort to build on top of an already amazing story.

A self-sustaining local business and arts community centre one which can act as a hub of activity for anyone with an independent disposition and a beacon for those who seek a chance to build great things alongside the citys best and brightest.

These are turbulent, changing times where entrepreneurship is taking root and setting the stage of economic growth.

As the companies of The Creative Space expand, the community benefits from increased employment opportunities and the development of a creative class, which urbanist Richard Florida, in his book The Creative Class, said was vital to a thriving local economy. Concepts like The Creative Space are deserving of attention and support.