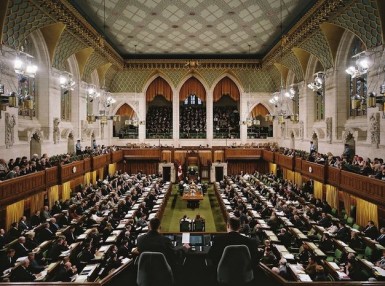 Finance Minister Jim Flaherty announced earlier this week that Canada and the United States have signed an intergovernmental agreement under the Canada-U.S. Tax Convention on US access to financial accounts held by dual US-Canada citizens.

The American government enacted the FATCA in 2010 with the intent to require non-U.S. financial institutions to report to the U.S. Internal Revenue Service (IRS) accounts held by U.S. taxpayers for the purposes of taxation.

FATCA has caused unsuspecting and long standing dual citizens to fear potential repercussions of unilateral IRS access to financial accounts. Dual citizens, particularly those who have lived in Canada for decades, may not have realized that the U.S. is one of only two countries in the world that requires their citizens to file taxes no matter where they are living. Failure to comply with FATCA could subject a financial institution or its account holders to certain sanctions including special U.S. withholding taxes on payments to them from the U.S.

The issue is concerning to dual citizens, especially those who haven’t had financial ties to the US for a long time or who have never worked or earned income in the US, such as people born in Canada to parents who are US citizens.

A key concern is that the reporting obligations in respect of accounts in Canada would compel Canadian financial institutions to report information on account holders who are U.S. residents and U.S. citizens (including U.S. citizens who are residents or citizens of Canada) directly to the IRS, thereby potentially violating Canadian privacy laws.

The IRS will still have access to Canadian Financial institutions and non-exempt accounts, but under the new agreement Canadian banks will be able to provide the information to the Canada Revenue Agency instead of the IRS directly, thereby allowing Canadians who feel wrongly targeted to appeal.

Without an agreement in place, obligations to comply with FATCA would have been unilaterally and automatically imposed on Canadian financial institutions and their clients as of July 1, 2014. It is estimated one million U.S. citizens live in Canada. The rules affect each of them, their children and anyone with whom they may hold a joint account or co-own a business or property.

Starting in 2011, CARP urged the federal government to work with the US government to prevent unsuspecting dual citizens of unilateral targeting by the IRS. This agreement between the Canadian and US governments may not go far enough toward protecting dual citizens from IRS incursions into their finances, but by protecting many common registered accounts and allowing the CRA to act as a buffer, the new agreement mitigates some of the concerns first presented by FATCA in 2010.

Still, many dual citizens have legitimate concerns about the financial and privacy concerns FATCA presents.  CARP will continue to follow the issue and will provide readers with any official responses we receive from Minister Flaherty’s office.

Learn more about the bill here.

Read the full CARP mention in the House of Commons

NDP MP Charlie Angus has brought forward Parliamentary Motion M-456 at the end of October, 2013 to create a pan-Canadian strategy on palliative and end-of-life care that would address the current patchwork of services and lack of access to services across the country. It proposes that the federal government work with provinces and territories on an integrated model of palliative care that:

(a)   takes into account the geographic, regional, and cultural diversity of urban and rural Canada;

(b)   respects the cultural, spiritual, and familial needs of Canada’s First Nation, Inuit and Metis people;

Learn more about the motion here.