The Middle-Aged Guide to Growing Up: Cashing In, Part Two - CARP
Join Donate Sign In 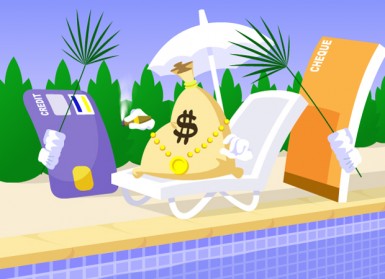 Im a Boomer, born long enough ago that I got to meet Tommy Douglas and talk boxing with him. He wasnt much interested in politics at that point, but as a former welterweight, the Ali-Frazier fight that night had him all worked up. He was father of medicare, one of our greatest treasures. But the crown jewel of Canadian life is the Canada Pension Plan. Fully funded for at least the next 75 years, self-sustaining, a giant in the investment world, it has literally lifted a whole generation of seniors out of poverty.

As a Boomer, I took the first step of the end of my life today, an important rite of passage. I signed my CPP application and sent it in, in anticipation of my 60th birthday in two months. Three months from now, just less than $500 will be deposited in my bank account, and will continue to be for the rest of my life. If I live to 95, which is my plan, thats more than $200,000. Pretty good for just living.

If I waited five years until I was 65, the payout would be more than $700 a month, but who knows, theres lots of buses to be run over by before I make it to 65. And you have to wonder what $700 will buy in 5 years? 100 Terabytes of data on your phone plan? A half pound of legal marijuana? Id rather have it now, paying the mortgage while I still have one.

It was absurdly easy to become a pensioner (a concept invented by Bismarck in the 1850s to take care of all the aging Imperial soldiers. No one lived much past 65, so thats the age he set as pensionable). You go to the Service Canada website, go to CPP and the application form is easily completed online. The only real-world function necessary is to print off one page for your signature, and mail that (and a voided cheque for direct deposit) to CPP. The rest is automatic, and starts in a month.

As you approach your 60th, CPP sends you a statement of your contributions, and tells you what you might receive at 60, 65 and 70. This statement is a history of your life. There were details there Id forgotten. My first paycheque, at a nursery in Quebec, in 1972. The 6 years I spent off the grid, in Central America, laying low. The corporate years, when I was making the maximum contribution. The self-employed years, still making the maximum contribution. All the landmarks of my life were there.

Receiving this statement of contributions got me thinking about my 60th birthday. My 50th had been a big deal; a surprise party arranged by my wife with all my old friends. Younger sister flew in from the west. The last thing I need nowadays, though, is a surprise party. What I want is dinner. Decadent, disgusting dinner, the things that only I like. I want foie gras, seared in its own fat and served with toast and jelly. I want steak tartare, with a warm quails egg in the centre. I want frites twice-fried in beef tallow. I want a good European non-alcoholic beer (of which there are lots), then I want lashings of cappuccino and a Montecristo. I know, I know, Ill have to go outside to smoke the Montecristo in my car, but thats why I drive to restaurants.

That will be my 60th birthday, a big milestone for a Boomer. But that wont be the day I really grow up. That will happen when my first CPP cheque arrives. I can hardly wait.