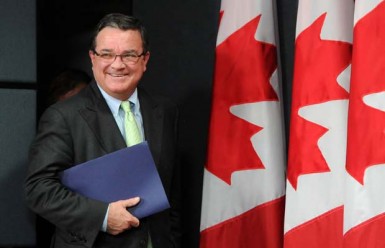 Editor’s Note: Finance Minister Jim Flaherty announced earlier this month that Canada and the United States have signed an intergovernmental agreement under the Canada-U.S. Tax Convention on US access to financial accounts held by dual US-Canada citizens. Since the announcement, CARP has heard from numerous members who are dual Canada-US citizens concerned with the financial and privacy implications regarding the new Foreign Account Tax Compliance Act (FATCA) agreement. CARP has shared with Finance Minister Flaherty’s office the views expressed by our members Minister Flaherty has responded in a formal letter to CARP members. Below you will find the full contents of the letter:

Canada Won Privacy Protection, Exemptions and Other Relief from FATCA

FATCA would require all non-U.S. financial institutions to report to the U.S. Internal Revenue Service (IRS) accounts held by U.S. taxpayers. Failure to comply could subject a financial institution or its account holders to certain sanctions including special U.S. withholding taxes on payments to them from the U.S.

Naturally, as this U.S. government law would impact people especially seniors in countries outside of the U.S. like Canada, our Government raised objections privately, publicly, repeatedly, and forcefully from the onset.

To be clear though, as this was a U.S. government law, the U.S. could and would have unilaterally and automatically imposed it on Canadian financial institutions and their clients as of July 1, 2014 as planned without any of Canada’s concerns being addressed.

This February, after literally years of lengthy and difficult negotiations, Canada won an agreement that addressed many of our concerns and, as a result, provided significant exemptions and other relief for those people impacted especially seniors.

Under the intergovernmental agreement, financial institutions in Canada will not be forced to report any information to the IRS. Rather, only information on accounts held by U.S. residents and U.S. citizens will be reported to the Canada Revenue Agency (CRA). The CRA will then exchange the information with the IRS through the existing provisions and safeguards of the Canada-U.S. tax treaty. This approach is consistent with Canada’s privacy laws, adding a strong layer of protection that would have otherwise been absent.

Canada obtained even further exemptions and relief though.

For instance, we ensured that certain accounts are exempt from FATCA and will not be reportable at all. Many of the accounts exempted are those of special importance to seniors like the Registered Retirement Savings Plans, Registered Retirement Income Funds, Registered Pension Plans, Tax-Free Savings Accounts, and more. Also, we further made certain that smaller financial institutions, like small credit unions, will be exempt for any reporting at all.

What this Means for Dual Canada-U.S. Citizens

As well, this agreement is strictly a tax information-sharing agreement. It will not impose any U.S. government taxes or penalties on U.S. citizens or U.S. residents holding accounts in Canada. Furthermore, the CRA does not and will not collect the U.S. governments taxes on Canadian citizens if the individual was a Canadian when the tax liability arose this includes dual Canada-U.S. citizens.

Rest assured, Canadian financial institutions must be open about their policies and procedures for complying with the agreement and must be prepared to make this information available to anyone. Importantly, financial institutions must allow account holders to have access to any personal information that has been reported to the Canada Revenue Agency.

If CARP members have further questions or would like more details about this issue, I welcome you to visit http://www.fin.gc.ca/n14/14-018-eng.asp, email me directly at [email protected], or write a letter (postage-free) to me (address it to me at House of Commons, Ottawa, ON, K1A 0A6).