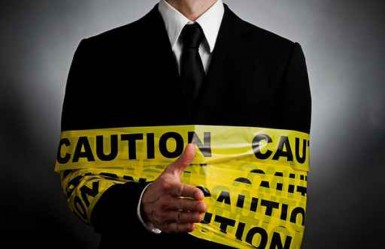 As RRSP season closes and many Canadians prepare for tax time, a CBC Marketplace investigation reveals that financial advisers at some of Canadaès top banks and firms are giving consumers inaccurate, misleading and inappropriate advice.

Meanwhile, consumers face a complicated patchwork of regulatory bodies if they want to complain about bad investment advice, as some investor rights groups call for more robust consumer protection rules.

Since a third of Canadians rely on advisers to help them make financial decisions, Marketplace sent a person wearing hidden cameras to visit the five big banks and five popular investment firms in Ontario. The full investigation, Show Me The Money, reveals how individual banks and firms performed. The show, including practical tips on how to hire a financial adviser, airs Friday at 8:00 p.m. (8:30 p.m. NL) on CBC Television.

That’s one of the worst pieces of advice Ive ever heard in my life, financial analyst and former adviser Preet Banerjee told Marketplace co-host Erica Johnson when shown hidden camera footage of one of the tests. That was atrocious. That’s the only word to describe that advice.

The tests revealed a wide range in the quality of advisers. Some performed well, giving clear answers and asking appropriate questions about the testers financial situation and risk tolerance. Other interactions, however, Banerjee found troubling.

In some cases, information was incorrect or misleading – even in response to direct questions, such as how fees are calculated. Some gave unrealistic promises about returns, including one adviser who said that a $50,000 investment should increase by $10,000, $15,000 or $20,000 in one year.

Others failed to adequately assess the customers risk profile, which advisers are supposed to use to ascertain the suitability of investment products they recommend to a person.

In an unusual twist, one firm tried to recruit the Marketplace tester to become an adviser herself. While some designations and certifications do require training, and individuals have to be licensed to sell specific products, financial adviser is not a protected term. There are currently about 100,000 advisers in Canada.

Several advisers in the Marketplace test neglected to include any conversation of paying down debt in their financial advice, which Banerjee says reveals a conflict of interest that most consumers don’t consider as they’re weighing the recommendations of an adviser.

If you invest there’s a commission involved with that, or a percentage of assets, he said. But if you pay down debt, there’s no financial incentive for the adviser to do that. So that’s one of those conflicts of interests that people should know about.

As a result of the Marketplace investigation, one firm suspended the employee and reported the behaviour to the regulatory body, the Investment Industry Regulatory Organization of Canada (IIROC).

The Marketplace test was similar to a broader mystery-shopper test in the UK by the Financial Services Authority. That test included 231 mystery shopping tests of investment advice at six major firms. The results of that test, made public last year, found that more than 25 per cent of investment advice was of poor quality because it was unsuitable or because the adviser did not collect enough information to be able to make the recommendations.

Ontario firms could face a test this year, as the Ontario Securities Commission (OSC) conducts a mystery shop to determine the quality of investment advice. While the OSC declined to provide specific details about its test to Marketplace, the results are expected to become public later this year.

However, investor rights advocates are critical of slow-moving efforts to provide better consumer protection. In a letter to the OSC, the Investor Advisory Panel pressed for reform, including how fees are structured and how complaints are investigated. We have debated, discussed and studied the issues and their solutions for many years. It is time for decisions that will lead to a more robust investor protection regime in Canada.

Among the most pressing issues: Financial advisers are not in fact required to act in the clients best interest.

There’s a big debate raging about that very issue right now, says Banerjee. So, it seems in a couple of years they will be bound to do whats in the clients best interest. But right now that’s not actually regulation.

That runs contrary to the very reason many Canadians turn to advisers in the first place.

“If you walk into a financial institution, I think the average person on the street assumes they’re going to have someone who’s going to take care of all their financial issues, says Banerjee. But on the other side of the desk, there’s a wide range of people that you could see. Some of them are just order-takers or salespeople and others are true financial planning professionals.”

For consumers struggling with the consequences of bad investment advice, a confusing patchwork of organizations oversee complaints, including IIROC, the Mutual Fund Dealers Association (MFDA) and provincial securities associations. Each body oversees different types of complaints, depending on the nature of the complaint or the type of product the adviser is licensed to sell.

The Ombudsman for Banking Services and Investments (OBSI) also investigates complaints, but only for participating banks and firms. And OBSI has limited enforcement powers, offering only non-binding recommendations, so its entirely up to the bank or firm to decide whether or not to comply.

OBSIs 2013 report, released this week, reveals a sharp increase in the number of banks and firms refusing to compensate investors for mistakes.

According to the report, banks and investment firms refused to pay back investors even when OBSI found wrongdoing in 10 cases last year. In total, investors were denied more than $1.3 million in restitution. The OBSI report called this trend disappointing.

Marketplace notified all of the banks and firms about the test and approached some for interviews, but all declined. Some viewed the test as an isolated incident; others vowed to investigate and take appropriate measures.