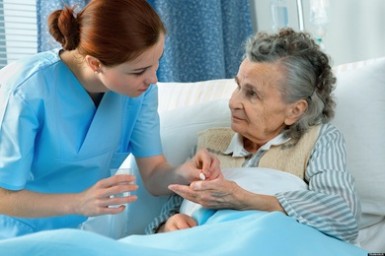 With attacks on vulnerable elderly residents in the provinces care homes on the rise, Health Minister Fred Horne has ordered an investigation into whether recommendations from previous cases have been enforced.

But critics have questioned why the Alberta governments 2014 budget trimmed $133,000 from the protection of persons in care unit, rather than directing more resources toward investigating allegations of physical, sexual and emotional abuse.

I think there is a thought process that doesn’t mesh here. You cant say were going to beef up security, put more efforts into protection, then were going to cut funds, said Wildrose MLA Kerry Towle.

The provinces budget, which was released on Thursday, showed the protection of persons in care unit is set to receive about $2,287,000, compared to $2,420,000 the year before.

Horne said the small cuts this year are directed toward administrative savings ; a common theme throughout the provinces $18.3 billion health budget as the government looks to run the massive system more efficiently.

Im not sure the problem with this situation is money at all. I think the problem is, we have a number of founded allegations that come out of every year and I want to be in a position as the Minister of Health in this province where I can tell Albertan’s those recommendations have been followed up on, he told reporters in Calgary on Friday.

The investigation into the care homes comes after three workers at a Calgary facility were charged with assaulting an elderly palliative care patient.

Last year, the provinces protection of persons in care unit reported 166 founded cases of abuse in care homes, shelters and seniors lodges, up from 141 the year before.

Horne said hes called in an independent investigator to comb through those previous cases of abuse.

I want to make sure my own department is positioned to enforce this legislation. That means making sure they have the proper staff and the tools and the resources and that patients enjoy the full protection of the law, Horne said.

After the government was criticized earlier this year over delays in posting updated protection of persons in care figures for 2012-13, the statistics were posted online with little fanfare on Feb. 28.

This article was published by the Calgary Herald on March 7th, 2014.  To see this article and other related articles on their website, please click here

Towle contended the government released the figures quietly to try to sidestep some of the outrage following the case of a senior who died last year after suffering severe blood poisoning from wounds that became infected after she was left for lengthy periods in soiled diapers.

She said there is often little evidence of followup after abuse cases are confirmed.

Ruth Adria of Elder Advocates of Alberta said a closer look at abuse in the provinces care homes is long overdue.

We don’t make trivial, vexatious complaints. They’re serious complaints of what we perceive to be mistreatment of vulnerable persons, she said.

There has to be accountability.

A spokesman for Horne said the terms of reference for the upcoming review, including how many cases it will examine and how far back in history it will look, will be made public, along with the findings of the investigation.

Under protection of persons in care legislation, Horne can order an investigation if he feels there have been a significant number of reports of abuse or a report of serious abuse arises.

Types of abuse under the act include emotional, financial, medication, physical, sexual or failure to provide necessities of life.

On Friday, Horne said he was concerned to learn of the recent case involving three workers at the Carewest Garrison Green facility who are charged with assaulting a resident in his 90s who is receiving palliative care.

In a statement on Thursday, Carewest officials said management became aware of the residents’ family’s concerns on Feb. 9 and launched an investigation.

This information was immediately acted upon, resulting in the termination of employment of the involved staff on Monday, February 10th, 2014, the statement said.

Maria Dumo, 36, Angelina Borja, 36 and May Casimero, 37, were each charged with one count of assault and are due in court on April 23.