Ask the Doctor: “Why don’t you listen to me?” A double-edged sword - CARP
Join Donate Sign In 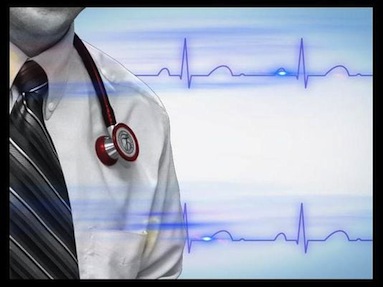 The other day, I was in a cab going to a meeting in a downtown hospital, when the driver, a sympathetic young man with an accent, started complaining to me about his doctor who never listened to him. The driver had just found out I was a doctor and used the opportunity to vent his frustration. He attributed, however, his doctors perceived indifference to the fact that he had an accent. This made me think: Do we as physicians listen to the patients, instead of just hearing them?

I decided then to do some soul searching from my personal experiences both as a patient and a doctor and I came up with discomforting conclusions but no solution.

More than once, I encountered colleagues of mine who did not take me seriously when I had a medical condition. In one occasion, a simple surgery for a bunion went terribly wrong. When I approached my surgeon repeatedly to describe a series of significant symptoms, he kept assuring me its just normal healing process and ordered no tests whatsoever. It was not until I initiated several investigations myself, that a broken down fusion was discovered that led to another surgery which (thank God) corrected most of the problem.

On another occasion, after a minor surgery, I continued to have a fair amount of pain that I thought was protracted and unusual. I raised the issue several times to my physician and his staff, particularly questioning infection. I got the clear impression they felt I was simply neurotic and my complaints were ignored, until my skin broke down suddenly in the office (while I was seeing patients), and pure puss came out staining my clothes. I had to further insist that an infected stitch should have to be removed (after weeks and weeks of covering the draining wound with gauge) and only after perseverance, the stitch was taken out (with the wound closing in 7 days).

On another occasion, a very close relative of mine had a bizarre rash for 12 years. At the start it would appear a couple of times a year in the form of small extremely itchy blisters but the last 4 years it was constant in arms, legs and body and painfully itchy. The first time it was summer and yard work and the rash was attributed to poison ivy. However, when it started appearing in the middle of the winter and during heavy snowfalls, the poison ivy story made no sense. No matter how many times my relative visited his doctor, no matter how detailed records were kept, my relatives dermatologist insisted it was poison ivy, poison oak, allergic reaction to chemicals, allergic reaction to stitches, scabies, and finally bed bugs. When my exasperated relative pointed out that he sleeps in the same bed with his wife for many years but only he seems to attract the bed bugs, there was no answer. It was not until I searched desperately the net, discovered similar rash in between hundreds of images, found out it was called dermatitis herpetiformis and that a gluten-free diet is the answer. Within a 48 hr period on a gluten-free diet, the rash disappeared. When the information was brought to his doctor by me, he minimized the findings and told me in no uncertain terms that I was simply overreacting. In the interim, my relative has been free of rash for the past 2 years! Later on (only because of my insistence) my relative was investigated and found not to simply have gluten sensitivity but was truly suffering from celiac disease, the most severe form of life-long gluten allergy, for which he possessed celiac genes.

So, I know the non-listening part first hand. I often wonder what would my patients do, if I, as a physician, can not be heard. On the other hand, while I pride myself for truly and deeply listening to my patients complaints, there are times where I throw my hands up in despair.

Some patients come not only with numerous bizarre symptoms, but do not listen to what I say. Let me give you an example. I had this young man who had some minimal arm surgery. After that he got an area of hypersensitivity just confined to the scar. He appeared immensely anxious, and came to see me carrying a thick pile of papers he retrieved from the net, and asked me a long list of questions.  After thorough examination, I answered each of his questions, I explained what my opinion was, I discussed what he did not have and I treated him with some medication for the sensitivity he was experiencing. As a matter of fact, he did very well, his sensitivity decreased substantially, his mood and appetite improved remarkably, and he told me he was very grateful for my approach. I continued to see him regularly every three months. A year later, he comes back and starts questioning me about a particular diagnosis I had possibly missed and asked for many more investigations. This was supposed to be a regular 15-20 min visit and ended up an hours appointment to the dismay of other patients waiting to see me. Mind you the missed condition was something that I had investigated fully early on, I had concluded it was not the case, and I had discussed it thoroughly with my patient (who admitted he knew all this but still felt I had not done a full work up). At that point, mentally exhausted, I stated to the patient that I felt he did not trust me, and since he breached the trust in the patient/doctor relationship, I was not going to treat him anymore. Net result? The patient apologized profoundly, asked me not to sever the relationship, and promised not to bring this up again. Five years later, he is still my patient, a very cooperative and happy one I must say, who never brought up new and undiagnosed conditions and has continued to do very well with treatment.

I have many patients like him and our interaction is not always a happy one at all. Frequently such patients lead their desperate physicians to many more unnecessary investigations, procedures and treatments to no avail. So where does one draw the line? When is listening too little or too much?

On a closing note, personally, I try to create balance between these two extremes, but I am afraid I am not always successful.