Playing for time: Can music stave off dementia? - CARP
Join Donate Sign In 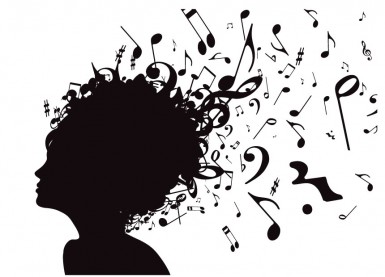 At 101, Frank Iacono still plays the violin. The concertmaster for the Providence Civic Orchestra of Senior Citizens in Rhode Island, he particularly enjoys playing polkas and jigs.

“It keeps my mind active, and it gives me a lot of pleasure,” Iacono said.

The orchestra’s executive director and co-founder, Vito Saritelli, said Iacono is extremely sharp for his age.

“Music has played a good part of his longevity,” said his wife, Mary Iacono, 94. “We’re blessed that we’re both in good health.”

As scientists race to figure out how to promote healthy aging of the brain, and prevent dementia, their preliminary advice for senior citizens has become a chorus of voices: “Stay active! Have hobbies! Be socially engaged!”

This article was published by CNN on September 11th, 2013.  To see this article and other related articles on their website, please click here

Playing music, for some people, is a natural answer to all of those recommendations. Frank Iacono, for instance, has been playing violin since he was 13 — just because he loves it.

But does music playing in particular stave off dementia? What about just listening to music? How many years do you need to engage in music before it benefits your brain?

Researchers are exploring these questions in the face of staggering statistics about the aging population. The number of Americans 65 and older with Alzheimer’s is expected to triple nearly by 2050 — 13.8 million from 5 million now. The annual cost of dementia in the United States in 2050 will be $1.2 trillion, according to the Alzheimer’s Association.

Early research suggests keeping the brain active — such as by speaking two languages — may hold back dementia symptoms by up to five years. Scientists are hoping to find that the same is true for music playing, said Brenda Hanna-Pladdy, assistant professor of neurology at Emory University, who studies cognitive functioning among musicians.

“If you can delay the presentation (of dementia) by five years, then you add an extra five years of functioning to an individual at the end of the life span,” she said. “In terms of fiscal cost and everything, that’s actually quite a lot.”

A large study using Sweden’s twin registry is looking at intellectually and physically stimulating lifestyle factors that could help stave off cognitive decline. One component of this effort is exploring whether playing music protects against dementia. The results, discussed at the Interdisciplinary Society for Quantitative Research in Music and Medicine meeting in July, are not yet published.

Twin studies carry special importance in science. Usually, when people participate in a study, they each carry a different set of genetics and may have had different upbringings. Those factors could influence whatever researchers want to investigate. Fraternal twins, however, share about 50% of genes, and identical twins share almost all. Twins also likely grew up in the same environment.

“To me, the most intriguing aspect is, in a twin pair, if one becomes demented and the other doesn’t, what did (one not do)? Or what did the one who did become demented do that might give you some clues about ways that other people can mitigate their risk?” asked Margaret Gatz, director of the Study of Dementia in Swedish Twins, and professor at the University of Southern California.

Researchers examining the broader twin data have found that, for women specifically, participating in intellectual and cultural activities was linked to lower dementia risk in one study. Activities such as exercise at midlife for both sexes are also protective against dementia, the study suggests.

“All of these kind of add up in suggesting that a more engaged lifestyle is a good thing for the aging brain,” Gatz said.

Why would an “engaged lifestyle” help prevent dementia? The idea is that brain stimulation may counteract brain changes that occur because of cognitive decline so that a person can function for longer, Gatz said.

Music playing in particular is something that people can continue to enjoy for longer than their occupations, or strenuous physical activity, Gatz said. It also has cognitive, physical and potentially socially components, so it engages many brain networks.

Unfortunately the twin study has so far only looked at associations between lifestyle factors and dementia; it doesn’t prove that music can protect you against cognitive decline. The study also doesn’t include brain imaging or autopsies, so the precise mechanism — how engagement in activities would prevent dementia — is unknown.

There is other emerging evidence that playing music could help prevent dementia.

Hanna-Pladdy, the Emory neuropsychologist, is interested in exploring the biological underpinnings further. Her theory agrees with Gatz’s: Brain networks that have been strengthened by musical engagement compensate to delay the detrimental effects of aging, a process called cognitive reserve.

So far her research has demonstrated that extensive musical instrumental training, even in amateur musicians, provides a cognitive benefit that can last throughout a person’s life. Her studies were published in 2011 in the journal Neuropsychology and in 2012 in the journal Frontiers in Human Neuroscience; they included instrumentalists, not singers.

Hanna-Pladdy and her colleagues found in their first study that even if participants did not continue playing music as they aged, they still performed better at tasks of object-naming, visuospatial memory and rapid mental processing and flexibility than those who didn’t play at all — as long as they had played for at least 10 years. That’s critical because as they age, people may lose motor skills or eyesight that prevents them from playing their instruments.

The study also suggests the cognitive benefits of instrumental training can last a lifetime.

One of the study’s participants said in an interview that he felt like having played for so long was akin to “an insurance policy,” Hanna-Plady said.

The researcher’s more recent study showed that musicians who began playing before age 9 had better verbal working memory functions than those who started later or didn’t play at all.

This finding is consistent with verbal language acquisition — linguistics studies have shown that there is a critical period during which the brain is open to learning a language, and fluency becomes far more difficult after a certain age in childhood.

It also jives with the findings of a 1995 study that showed professional musicians who began training before age 7 had a thicker anterior corpus callosum, part of the pathway that links the right and left hemispheres of the brain.

And participants who continued to play their instruments at older ages tended to perform better on tasks of visuospatial judgment, “suggesting that there continues to be plasticity in advanced age,” Hanna-Pladdy said.

“Finding a way to harness this plasticity is probably one of the biggest hopes we have for treating brain disorders or dealing with cognitive decline in advanced age,” she said. “Similarly, continuing to play music in advanced age added a protective benefit to individuals with less education, which has previously been demonstrated (to be) one of the most robust ways to create cognitive reserve. Thus, musical training appears to be a viable model for cognitive stimulation, and can be conceptualized as an alternate form of education.”

Should we start now?

Is it worth it then to teach an older person to play an instrument, perhaps one who already shows signs of cognitive decline? Recent research suggests it’s harder, but still possible, to modify the brain in an older person. But no one has a definitive answer on whether teaching an elderly person a new instrument would lead to the same kinds of benefits that scientists have found in lifelong musicians.

“It would be pretty challenging, considering they’re having a hard time remembering,” Hanna-Pladdy said of dementia patients. “It may be beneficial to provide musical stimulation to individuals in the earlier phases (referred to as mild cognitive impairment) or to re-initiate musical practice in individuals who are no longer engaged.”

Regardless, since people find music enjoyable, trying to learn an instrument won’t hurt. But more research is needed over a long period of time to assess fully the benefits of music among elderly people, Hanna-Pladdy said.

Music: It’s in your head, changing your brain

Evidence may continue to emerge that long-term music playing has a preventive effect against dementia, but that’s not to say that nonmusicians are totally out of luck, Hanna-Pladdy said.

Music is becoming a hot area of study because it’s easier to quantify the number of years that people play music than, for instance, the length of time reading or playing games.

“This is just meant to be a model for cognitive stimulation, and how cognitively stimulating activities can change your brain,” Hanna-Pladdy said.

So music may be good for you, but so may other pastimes.

After all, violinist Frank Iacono and his wife, Mary — married for 66 years — play Scrabble together every night.

For patients who already have dementia, music can be used in a different way to help the mind.

The emotional response that people get from listening to music, and the brain chemicals associated with pleasure that get released in the process, are distinct from the structural changes in the brain that playing music over time may instigate, scientists said.

“Anecdotally what we hear is that people can be upset, even a little agitated, and when they’re listening to music, even in the late stages, people can appreciate music,” Kallmyer said.

Family members should help caregivers choose music that is meaningful to a person with dementia, she said. “The most important thing is keeping your interventions person-centered as much as possible.”

Naomi Ziv of the College of Management Academic Studies in Rishon LeZion, Israel, and her colleagues showed in a Journal of Music Therapy study that background music is associated with an increase in positive behaviors — laughing, smiling, talking — a decrease in negative ones, including aggressiveness and crying.

“When we hear familiar and preferred music, we mentally follow it,” she said. “It seems that whereas general memory deteriorates in dementia, memory for music remains relatively intact.”

Familiar or preferred music evokes memories and influences mood, which is perhaps the underlying reason for these results, Ziv said.

Catherine Shmerling appreciates the effect that certain musical events have had on her father, Dr. Sanford A. Shmerling, 85. The elder Shmerling used to be the medical director of the William Breman Jewish Home in Atlanta; now, he lives there. He has Alzheimer’s, and most of his speech is not comprehensible, his daughter said.

On a recent weekend, a swing band performed at the nursing home. At first the former medical director sat in his wheelchair staring into space, but soon his daughter noticed him clapping his feet. She started swinging his arm with the music, and after a few minutes he gave her “a cute little smile.”

“It’s gratifying,” Catherine Shmerling said. “There is something about — I don’t know, the music or the auditory or something — that does seem to get past whatever it is that’s blocking their normal communication, and somehow it gets in there.”

Science may not have all the answers, but Shmerling savors these small signs that her father is listening.