Decoding dementia: Knowing the cause can help you plan for the future - CARP
Join Donate Sign In 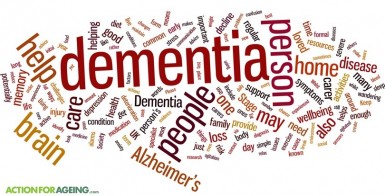 Imagine you start noticing that you’re not thinking or behaving like you used to. You struggle to find the right word; its always on the tip of your tongue but doesn’t come out. You are often looking for your keys. You aren’t as organized as you used to be. You aren’t the go go go girl you once were.

You bring it up to family and friends, they may wave it off: You’re tired, you’re doing too much, you’re aging, you’re You bring it up with your family doctor and are told its part of getting older. You’re somewhat relieved. Time passes. Soon you no longer notice any problems.

Unfortunately, that’s about the time when those around you begin to notice that you’ve changed. They wonder why you repeat your stories and ask the same questions. Your house is not as tidy as it used to be and you’re more irritable and withdrawn. Now your family brings it up and you tell them, Its aging, its depression, its You’re not the person you used to be, your brain has changed and, as a consequence, so have you.

This article was published by The Globe and Mail on April 3rd, 2014. To see this article and other related articles on their website, please click here

When you’re finally examined, its obvious you don’t know the date, you cant recall any items on the test, you cant calculate or copy a diagram. Its now apparent that you aren’t able to function as you used to. Your bills are unpaid or paid twice, your fridge has expired food and your home is no longer the safe haven it used to be.

At this point, the D word is raised, a spectre that threatens your freedom, threatens who you are. Dementia. It has been said, its the beginning of the end and yet it seems so intangible.

What does it mean? Is that a disease? Is there a cure?

If you had cancer, you would want to know what type. Your diagnosis wouldn’t be complete without identifying which variant you had and determining an action plan with your doctor. The same is true for dementia.

Dementia doesn’t say enough. Its not a disease, its a symptom, usually of a neurodegenerative disease.

Unfortunately dementia can rob people of insight, of their voice, of who they are. The families are treading lightly, they don’t want to upset, they want to believe its aging, they want to hope it isn’t what they think it is. And there is a general sense of discouragement, imparted by the medical establishment, in looking for the cause of the dementia.

It makes no difference, you are told. There are no cures.

But the differences are tremendous. Different neurodegenerative diseases have different causes, symptoms, progression rates and treatments. These are considered major differences in most diseases.

Hearing the word dementia is the point at which patients and their families should push for more information. This is where my job begins investigating the clues that will give my patients as much information as possible.

First, we must rule out conditions that can cause cognitive impairment on their own or aggravate any neurodegenerative diseases such as a thyroid problem, low levels of vitamin B12 or abnormal calcium levels.

Next, imaging the brain gives us clues as to whats causing the dementia. The most common neurodegenerative diseases Alzheimers, Lewy Body and Parkinsons disease dementia, as well as frontotemporal and vascular dementias hit different parts of the brain and so we can usually tell them apart. CT scans can help with diagnosis.

If those are not sensitive enough, MRIs that provide higher resolution images can often reveal patterns of change that help us identify a specific neurodegenerative disease. The imaging, along with the symptoms whether they involve memory, language, behavioural or motor, usually provide enough clues for us to make a very educated guess.

Once we have a potential diagnosis then we can discuss treatment options and prognosis to ensure you are doing everything to optimize your situation and slow down dementia.

Aerobic exercise has repeatedly been shown to delay progression of Alzheimers disease and vascular disease. Keeping your brain cognitively active is also important; day programs or taking a class should be part of a treatment plan. Then we consider the specific medications that are available, whether they be for memory, mood or mobility.

These illnesses can affect those around you as much as they affect you, so a multidisciplinary team that works with you and your family should be a priority.

Living with a neurodegenerative disease is a marathon, not a sprint. Dementia is a starting point, its not a diagnosis.

Dr. Carmela Tartaglia is a neurologist at the Krembil Neuroscience Centres Memory Clinic at Toronto Western Hospital, Researcher at the Tanz Centre for Research in Neurodegenerative Disease and Assistant Professor at the University of Toronto.

Health Advisor is a regular column where contributors share their knowledge in fields ranging from fitness to psychology, pediatrics to aging. You can follow them here.