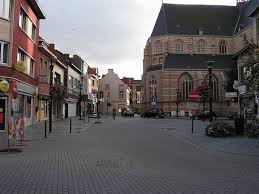 Once, there was a tall, elegant woman in her 70’s, who lived with a family in the small Flemish town of Geel in Belgium. Her name was Louise, she spoke four languages and liked to discuss the lives of princes. At night she would stand by her window and pick up messages from the sky.

She had spent decades in a mental institution. The mental institution sent her to live with the family. She stayed for 30 years. The grandchildren loved her. The foster mother grieved when Louise died. Then she took in another “guest”.

That’s what families do in Geel. Look after people who suffer from schizophrenia, from obsessive compulsive disorder; psychiatric patients with serious mental illnesses. And they’ve been doing it for hundreds of years.

This article was published by CBC News on March 9th, 2014. To see this article and other related articles on their website, please click here

It all started, legend has it, in the 7th century with a fair haired Irish princess named Dimpna who fled from the advances of her father, across the ocean to Belgium. He followed her, found her and murdered her in the town of Geel.

Karin Wells‘ documentary is titled, “You Belong in Geel”.

A message from Karin:

I first heard the story of Geel twenty years ago. It took a long time to get there and make this documentary.

Since my visit to the community, Dis, nearing 90, descended rapidly into dementia and is now living in a long-term care facility. Toni Smit and her husband are about to take in another “boarder”. Luc continues to do well.

One of the staunchest advocates for the Geel system of community care for psychiatric patients is Jackie Goldstein of Samford University in Birmingham, Alabama. She has visited Geel seven times, has written extensively about the program and was behind a similar effort in the US. She introduced me to Toni Smit.

Every five years, Geel celebrates St. Dimpna Day and this May, OPZ Geel, the psychiatric hospital that oversees the foster program, is convening an international forum on the state of community care for psychiatric patients.