The Middle-Aged Guide to Growing Up: Mind Matters - CARP
Join Donate Sign In 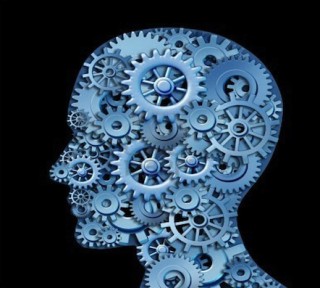 I’m a Boomer and I had my mid life crisis at 45, around the time Bill Clinton was being impeached for having his. As these things go, it wasn’t that drastic, I got fed up, pissed off my clients, quit drinking and quit my job. OK, it was pretty drastic, but I never looked back.

Mental health is a popular topic now, and it has many advocates, but this wasn’t always the case, and certainly wasn’t the case for most Boomers. We were expected to medicate our way out of trouble, or meditate, I forget which.

When I needed help, I went through three psychiatrists who all wanted to know variations on how my sex life was affected by my work life. Finally, I found an old school analyst with a crusty manner. You’re bi-polar. Quit drinking, then come back. So I did.

He was a great psychiatrist. On my 50th birthday, I said I’m thinking of getting a motorcycle, what do you think?. He said Good idea. You’ll kill yourself, your wife will get the house, everybody will be happy. Like I said, a great shrink. I was lucky to find him, and get a few minutes of his time every three weeks. Unfortunately, I outlived him. I went to his funeral, after he died of esophageal cancer. I haven’t been able to find a shrink since. When I’m stumped, I just think what would Max say? and its usually pretty clear.

Not everyone in therapy is in crisis. Many of us belong to what Max called the worried well. Anxiety, depression, stress, these are the commonplace emotional problems for which most people of our generation seek help. This is not to belittle their importance, but we exclude our emotionally unstable in Canada in a way that doesn’t happen elsewhere, and most of us do not know people who are truly unwell.

Those of us who are clinically unbalanced, for one reason or another, can almost always integrate well with therapy and medication, but there’s the rub, medication. For some reason, many with otherwise controllable symptoms of mental illness refuse medication, as if it would make them less themselves, or less special. This is counterproductive, because the identity they are trying to protect isn’t the real one, its a construct of their illness.

Many Boomers still recoil at the idea of mental disorders, despite recent awareness and support-building campaigns. There’s a bit of there but for the grace of God go I in this, but also a relative unfamiliarity. People younger than us are much more comfortable with the idea of seeking help for stress, mental and emotional. They are more supportive of others with problems, too, and anxiety is as common to them as intoxication was to us.

Boomers grew up being told they were invincible and had nothing to worry about. That worked as long as it worked, but when it didn’t, they became the worried well. For some its just a fact of life, but for others, its destabilizing. I maintain this can be resolved through pharmacology. Just take your meds, they’re good for you. And find an old school psychiatrist who wont take bullshit for an answer.