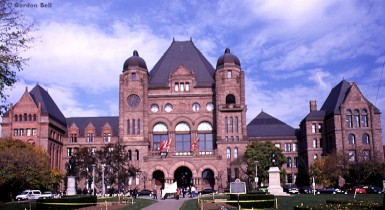 May 2, 2014: The Ontario government announced in yesterdays budget that it will create a province wide pension plan to allow Ontarians to supplement their retirement savings.

The Ontario Retirement Pension Plan (ORPP) is based on the CPP and has many of the same features as the national plan. While many of the details need to be worked out, according to the budget document, the plan would:

The CPP currently replaces a maximum of 25% of pre-retirement income up to an annual earnings threshold of $52,500, amounting to approximately a maximum of $13,000/year. The ORPP would work such that an individual with consistent career earnings over 40 years of a $52,500 would replace about 40 per cent of pre-retirement income and would receive an annual lifetime benefit of approximately $19,935, representing a 60 per cent increase over the current maximum CPP benefit.

On the higher end of the earnings scale, an individual earning $90,000 over the course of a career ; the maximum annual earnings threshold under the new ORPP ; would replace about 30 per cent of pre-retirement income and would receive an annual lifetime benefit of about $25,275.

Importantly, the plan excludes workers who are already covered by an equivalent employer sponsored plan. Earnings below a yet to be determined earning threshold would also be excluded, as is currently the case with the CPP on earnings below $3500. This is done to reduce the potential burden on very low income earners who may not be able to put aside monthly contributions.

The ORPP would help provide a decent retirement for most working Ontarians. CARP members have been calling for just such a plan CARPs Universal Pension Plan for years because they know exactly what it takes to get by in retirement and a decent pension is a priority. The proposed pension plan will benefit their children and grandchildren, not themselves directly. said Susan Eng, VP, Advocacy for CARP.

Any new pension scheme should be available to all Canadian workers regardless of where they live and pension benefits should be portable among workplaces across Canada. Manitoba and PEI have already signaled that they will participate in or parallel the Ontario Plan, but other provinces would have to join too to provide a nationally portable plan.

The Ontario government says the plan is designed so that it can be integrated with the CPP, should the current or a subsequent federal government decide to enhance CPP for national coverage.

But in the absence of federal leadership, the ORPP is certainly a step in the right direction to providing better retirement security.