Letters From Lightstone: Up Up and Away - CARP
Join Donate Sign In

Marilyn Lightstone (host of the weekday radio series Nocturne and voice of Classical 96.3) is going on a tour of Israel, leaving on the 15th and returning on the 26th and writing letters to friends and family about her experiences.

I thought of you, Carmen, when I remembered that I must pack the beautiful black, flowered Spanish fan you gave me at last year’sideacityparty for when I go to Israel.

Have I told you how much I enjoyCarmenTV? And, your posts about Spain – your home country – are terrific. So real, somehow… 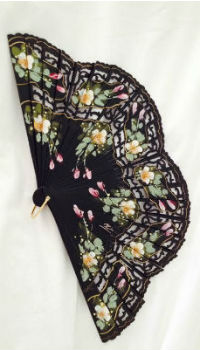 Anyway, I’d like to respond in kind and let you know what I hope to be getting up to in Israel; leaving in just a few days.

Life takes you into unexpected channels. The last time I was there (a half a lifetime ago) it was to act the role of Anne (St. Anne to you and me), the Mother of the Virgin Mary, in an all but disappeared film calledMary and Joseph.

The film was a dud, as I recall, but I got to spend a month in Israel, ploughing the hills of Judaea with a donkey and a wooden plough. Or carrying a great basket of flatbread on my head (I always like it when I have to learn a new skill for a role).

I’m hoping, Carmen, that this trip will be JUST as special. I’ll be doing something I’ve never done before: reportage, or whatever the heck it’s called, and I’m hoping I can overcome my unease with technology enough to send videos back home as well as photos.

Make sure to read here for more updates on Marilyn’s trip to Israel.

Marilyn Lightstone is the host of the weekdays radio seriesNocturneon the New Classical 96.3 (a ZoomerMedia property).