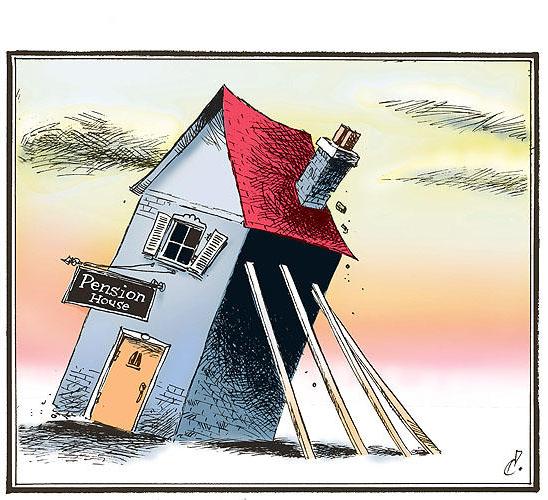 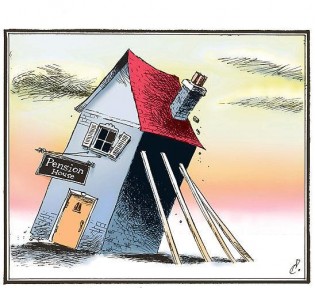 Canadians are increasingly likely to outlive their retirement savings. And mandatory Registered Retirement Income Funds (RRIFs) withdrawals are a significant part of the problem, according to a new report by the CD Howe Institute. Increased longevity and longer retirement means that mandated RRIF withdrawals put people in a position to outlive their savings as they age, threatening retirement security and hampering people’s ability to effectively manage retirement income.

Canadians Are Living Longer in Retirement

Canadians are living longer now than when new rules increasing minimum withdrawal requirements from RRIF accounts were put in place in 1992 by then Finance Minister Paul Martin. Since then, federal tax rules dictate that tax deferred savings accounts, like RRSPs, must be used to buy either annuities or be transferred into a RRIF starting at age 71.

Savings transferred to RRIFs must then be drawn down at established minimum amounts, dictated by an age based formula. In the first year a RRIF holder turns 71, they must withdraw approximately 7% from their RRIF. That minimum amount climbs each year reaching 20% by age 94, ensuring that RRIFs are all but spent within approximately 20 years from the date of conversion from RRSPs.

The federal government in 1992 made the changes largely to shore up finances during a time of rampant deficits. By forcing increased withdrawals, the government produced a steady flow of tax revenue that was otherwise deferred until voluntary withdrawals or the death of the holder, according to the report. At the time, the increased withdrawal rates didn’t have quite the negative effect they have now since life spans were shorter and people tended to live in retirement for a shorter period of time than now.

The report shows that RRIF rules for mandatory withdrawals haven’t kept pace with increases in life expectancy. Since 1992 – when higher mandated RRIF withdrawals were introduced – Canadians on average lived approximately 12 years after age 71. Now, Canadians can expect to live almost 16 years after age 71. There are about 200,000 Canadians currently over 90 years of age. In 25 years, that number could reach 600,000.

Now that Canadians are living longer, mandated RRIF withdrawals force people to use up tax-deferred savings more rapidly than they would otherwise. Add to the mix lower savings rates and lower investment returns, and many RRIF holder are put at risk of outliving their money sooner rather than later. Compared to 1992, “RRIF holders can expect dramatic erosion in the purchasing power of tax deferred savings during their lifetimes,” according to the study. In other words, current RRIF rules mean that more people can expect prematurely dwindled savings as they age and surpass former life expectancies (see Table 2 in the study for a detailed look at the erosive effects of mandatory withdrawals).

Critics in support of mandated withdrawals argue that tax deferral is a known part of the RRSP savings strategy and that people could plan around RRIF rules. There have even been suggestions that mandated withdrawals don’t have to be spent; they can be reinvested in accounts such as TFSA’s.

The study counters that line of argument. Most seniors aren’t wealthy in retirement and many people count on a combination of sources for retirement savings, including OAS, GIS, and CPP. For many seniors “even if they do have room to reinvest in TFSAs – these forced drawdowns make no sense”, according to the report. “These seniors include those whose withdrawals – reinvested in TFSAs or not – trigger clawbacks and other income and asset tests, who find tax planning and investing outside RRIFs daunting, who cannot easily continue working, or who anticipate sizable late-in-life expenses such as long-term care. Moreover, foreseeable demands on individual and public resources suggest we should be encouraging saving, rather than discouraging or at best complicating it. To the extent future seniors have ample assets to finance their needs – especially those such as health and long-term care that rise with age – all Canadians will benefit.”

The study concludes that 71 is too early an age to force retirees to draw on RRIF funds and recommends that the age be increased to reflect new longevity. The report also recommends that the federal government reduce the minimum rates at which people must withdraw from RRIFs.

“Governments impatient for revenue should not force these Canadians to run their tax-deferred assets down prematurely. Reforming the withdrawal rules for RRIFs and similar accounts would help retirees enjoy the post-retirement security they are striving to achieve,” the report concludes.

Canadians are indeed striving to achieve post-retirement security. But with longer life spans, lower rates of investment returns, the goal is becoming increasingly elusive. Mandatory RRIF withdrawals are hurting long-term retirement security at just the moment when people need all the help they can get. CARP will continue to push for an elimination of mandatory RRIF withdrawals.