Proud of our Progress - CARP
Join Donate Sign In 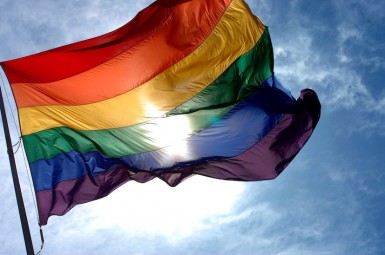 Canada is among a handful of countries around the world to have legalized same-sex marriage. Many same-sex couples chose to make Canada their new home when we finally declared that people could marry who they loved. This week has seen massive celebrations as people from around the world descended on Toronto to celebrate WorldPride 2014.

It is an extraordinary moment in history. Many seniors remember will remember that Gay pride parades were conceived in the fall of 1969 in New York City, after the famous Stonewall Inn riots and that Toronto’s gay pride week was conceived after the bathhouse raids of 1981. Over the past five to six decades we have seen gay rights become acknowledged as human rights and to be LGBT is no longer ruled a crime, a mental illness or a barrier to marriage and adoption.

LGBT seniors will surely remember that original rainbow flag was commissioned by Harvey Milk (first openly gay man to hold public office) in 1978 as part of “Gay Freedom Day”. It was also the year that the Milk assassination rocked the community. The pain and the fear caused by the horrific hate crime would eventually turn to pride as tens of thousands of every day citizens took to the streets to mourn Milk’s death, find community and express their outrage and commitment to obtaining change.

Milk had commissioned the artist and activist Gilbert Baker to create a logo for the movement. Baker produced an eight-colour flag, which was later cut down to six colours to save on printing costs. The colours all have meaning: Red stands for life, orange for healing, yellow for the sun, green for nature, blue for peace and purple for inner spirit. According to Baker the rainbow signifies diversity, he has said “…we are all the colours, all the ages, all the races. [The rainbow is] a magical,wonderful part of nature to symbolize our lives.”

But all is not yet won, as we have seen time and time again. According to Services and Advocacy for Gay, Lesbian, Bisexual & Transgender Elders (SAGE), aging members of the LGBT community are:

Furthermore, as they age, same-sex couples can find that facilities and services are neither set up to welcome them, nor receptive environments. Couples have been forced to separate, or to “go back into the closet” after a years of being “out” – or face unacceptable abuse and neglect. In response to some of these challenges, there are a growing number of LGBT aging centres in U.S. cities. The CBC Radio Vancouver series Gay and Grey discussed the situation in detail and is worth a listen.

Here is a list of helpful/additional resources for older LGBT Canadians: