Retirement or free degrees for the kids: Which comes first?: Mayers - CARP
Join Donate Sign In 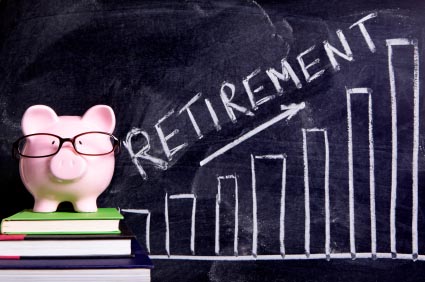 One of the great worries for parents is how to balance their needs for security in retirement with a desire to take care of their kids now and give them a head start in life.

Every parent wants their children to do better than they have done, to have more opportunity and to be more successful. Education is one of the best ways to provide that foundation, so they put away as much as they can in a registered education plan (RESP) and hope for the best.

RESPs are a good deal.The federal government gives you a grantof 20 per cent of every dollar of the first $2,500 you put in each year. The average cost of a year away at a Canadian university including tuition, living and travel isn’t far off $20,000. So an RESP is a way to defray the cost of that $80,000 four-year degree.

On the other hand parents also worry about taking care of themselves. Families are forming later, kids are arriving later and many are reaching university at a time when parents are eying their retirement.

This article was written by the Toronto Star and published by Our Windsoron July 7th, 2014. To see this article and other related articles on their website, click here.

Two-thirds of working Canadians don’t have a company pension and just one in three has a Registered Retirement Savings Plan (RRSP). After half a century of tax breaks, 94 per cent of available RRSP space is unused. So what to do?

“That balance is a huge dilemma for many parents,” admits Chris Buttigieg, 40, Senior Manager of Wealth Planning Strategy at the Bank of Montreal.

Buttigieg says the key to finding the balance comes down to starting early and thinking it through. Tossing spare cash and birthday money into an RESP isn’t good enough. Ditto for an RRSP.

“Begin with the end in mind,” he says. “What kind of education do you see? Undergrad? Graduate? Will it be stay at home, or Harvard? Then ask how you feel about your retirement. Is it on your shoulders? If so, you have to look after yourself first. If you have some leeway set more aside for the kids.”

Buttigieg lived at home and went to University of Toronto. His parents helped as much as they could but he also worked at part-time jobs and so from university free of debt.

Calgary personal finance author Leslie Scorgie put herself through school because her parents were “beyond broke” moving to Calagary from Toronto in mid-life and srtaing all over again. During university she lived with her grandparents, held down several part-time jobs and also emerged debt free.

Scorgie, 30, recently published her third personal finance book,Well-Heeled The Smart Girl’s Guide to Getting Rich. She does not believe helping your children to a free degree should come ahead of preparing for retirement.

“Think of it like the safety message on an airplane,” she says. “Secure your own mask before securing the mask of another person. Ensuring you’re properly prepared for retirement will enhance your ability to help your children pay for school when that time comes.”

One tip from both Scorgie and Buttigieg: Get a double benefit from your tax refund by putting it nto the RESP where it grows tax free and is also eligible for the 20 per cent the grant.

Susan Eng, 62, vice-president of advocacy at the Canadian Association of Retired Persons (CARP), says her widowed mother made it a mission to help get three kids through university with as much help as she could manage.

Eng, a lawyer, and former chair of the Toronto Police Services Board also lived at home while going to university. Anything beyond the necessities was paid for by part-time jobs.

“We see it as our obligation to help her with her medical challenges and if she had financial challenges, we’d help with that too.”

Eng says another element to consider is family dynamics. Attitudes change and sacrifices made by parents for their kids may not be repaid later.

“People must be honest about whether they [think they will be able] to depend on their families later if they choose to invest in kids’ education now,” she says.

Caught in a sandwich

The retirement concerns of Baby Boomers

• 15% say that preparing for the health care costs of aging parents is important;

• 16% say helping their children is a financial objective;

• Almost half of boomers with children under 21 living at home expect the kids to stay at home past 21.

•Only 40% of boomers aged 54 and younger feel prepared for their retirement;

Source: Scotiabank, The Retirement Landscape – A Focus on the Baby Boomer