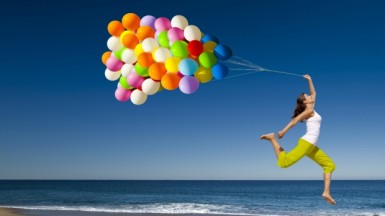 Everyone wants to be happy. It’s so obvious it may even seem trivial – but it is not. Happiness and the way we strive for it, how we achieve it, the way we experience it and the role it plays/can play in policy discussions are incredibly important and have yet to be fully explored.

Humans were pursuing “the good life” before Socrates was born and we will continue to reach for it indefinitely. Volumes of studies have been published on the subject and we would do well to pay attention to the conclusions they outline. The lessons learned in these studies have the potential to illuminate the way as we craft healthcare policy – specifically as we attempt to develop strategies for coping with some of the more difficult issues: dementia, ageism end-of-life care, assisted suicide.

One of the themes that constantly emerges in academic literature on healthy aging deals with the importance of being connected/engaged. Connection is crucial. Any study that has looked at relationships and socialization of older adults has drawn the same conclusion: these things are important to people of all ages but they are absolutely essential to us as we age. Remaining social, having positive relationships and engaging in activities (especially group activities that call on participants to be creative and that challenge them) – these are activities that deliver increasing mental and physical health dividends as we age.

This month, the group that has succeeded in doing all of the above in the most fun and creative way is a group of seniors who succeeded in creating a viral video (2 million hits and counting on YouTube). Two weeks ago 60 residents and staff members at Diana Isaac Retirement Village in Christchurch, New Zealand, took part in a joint video project.

Their video is a tribute to Pharrell Williams’ hit song, “Happy,” the residents portray the essence of the song by dancing their way through the halls and lawns of their retirement home. It is remarkably catchy and well done! Don’t take our word for it, have a look yourself:

“Happy” is the sort of song you would expect to find on a teenager’s playlist and perhaps that is exactly the point! The residents and staff, “combined all their considerable talents to come up with this tribute. The residents wanted to show their children and grandchildren just what they’re made of!”

What would you guess is the happiest age group?

The answer may surprise you. Researchers on the happiness of different age groups in the UK found that those over 60 are actually the happiest. This research shows that happiness levels are quite high for people in the twenties, then dip through the thirties and reach their lowest point in the mid-forties. But after 50, they start to rise, and continue rising through the sixties, when they become even higher than young people’s. Similarly, a recent world wide survey found that, as long as they are in fairly good health, 70-year-olds throughout the world are on average as happy and mentally healthy as 20-year-olds.

Andrew Oswald is one of the researchers that has published the most academic journal articles on the intersection of happiness and age – he refers to psychological well-being as being “U-Shaped” in life.

What we are beginning to understand is that older adults are more adept at regulating their emotions. Older adults are more sensitized to interpreting happy moments in a situation. They are less concerned with negative events since they have more context and see these events as fleeting. This ability to manage emotions is further supported by research that shows that older people are better at predicting how a certain situation will make them feel. They manage their environment and how they respond to it better than their younger cohorts.

In all studies where people with mild cognitive impairment or early onset of dementia participated in some form of prescribed mental exercises roughly half of all participants reported some improvement in behavior and thinking. But regardless of whether they believed they had improved, nearly all participants reported feeling better after the exercises. Time after time it has been proven that being engaged in activity, especially activity accompanied by music, improves how you feel about yourself.

In contrast, such improvements in well-being have not been shown in studies looking at medication alone. Medication does not bring about happiness. It is the social interaction that improves how we feel and this applies to all people regardless of age or mental health status. Some people with dementia suffer from mood and personality changes, but their experience of happiness remains firmly grounded in their social relationships.

Harvard University’s Grant Study is largely acknowledged to be the greatest study to have looked at life-long happiness. It is impressive to say the least; this longitudinal study has lasted the better part of a century and is still on-going! It asked many questions but the most fundamental question asked if there is a formula that can be followed in order to lead a good life.

For 75 years, researchers at Harvard have been examining this question, following 268 men who entered college in the late 1930s through war, career, marriage and divorce, parenthood and grandparenthood, and old age. It has been described as one of the most comprehensive longitudinal studies in history. Its contents are said to carry “as much literature as science [and to] offer profound insight into the human condition.”

The Grant Study has many complex lessons to teach but some of the most important conclusions include the following:

We should not underestimate the serious potential the study of happiness has to illuminate dark corners and help us achieve the paradigm shift we need to engage these emerging systemic policy issues. In this installment (Part 1) we examined the life-lessons to be learned from happiness scholarship and in the next installment (Part 2) we will look at the policy applications these lessons can have for older Canadians.

Don’t forget to read the next issue of CARP Action Online to catch the second instalment of this series!