Ask a Doctor: Why Canadian medicare should neither ‘go Dutch’ or ‘go to the dogs’ - CARP
Join Donate Sign In 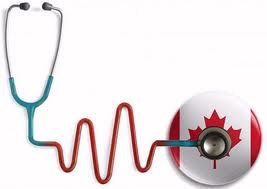 This is the title of a very interesting article in one of the medical newspapers I subscribe. It is in regards to a topic much larger than pain but has general relevance for all of us Canadians. I would like to share excerpts with you.

This paper with the above title was written by Dr. Ryan Meili on the July 23, 2014 Canadian Healthcare e-issue. Dr. Ryan Meili is an expert advisor with EvidenceNetwork.ca, a medical doctor, and the author of A Healthy Society.

Dr. Meili discussed two written documents. The first was a book titled “Lucky Dog” by Sara Boston, a veterinary oncologist who details her poor personal experience with the Canadian health care system when she got thyroid cancer. Ms. Boston makes the statement that Canadian dogs often have better access to health care than their human counterparts. The second document is the Commonwealth Fund’s annual report analyzing 11 national health care systems. As in previous rankings, Canada has not done well while the Netherlands comes out on top. This report repeats well known calls that Canada “should embrace the free-market reforms that the Dutch and other European healthy systems have undertaken”.

Dr. Meili then asks “Should Canadian health care go Dutch or to the dogs?” and concludes that neither extreme is the right way to go. He feels that private, for-profit care is not the answer to all that ails medicare (a position supported by Ms. Boston and others). His arguments are eloquent and I use excerpts here: a) “All dogs may go to heaven, but they certainly don’t all see the vet first” as veterinary care may be high quality and quickly accessed, but only by those who can afford it and it is far from universal. He commented that in interviews, Ms. Boston acknowledged that she has witnessed clients re-mortgaging their houses to pay for their dogs’ cancer treatments; b) Many pet owners faced with serious costs for extensive vet care for their pet, have the option of having the animal put down. Dr. Meili then points out that in Canada “we are fortunate that our universal health insurance means people don’t have to make choices between their homes or livelihoods and their lives”.

On the other hand, when it comes to comparisons with the European health care system, Dr. Meili stresses that “health care systems don’t exist in a vacuum: their structures, funding models, and usages are all informed by the nation they serve and other policies these countries adopt”. Dr. Meili points out that research shows that 75% of the health outcomes are accounted for by income, employment, education, housing, food security and other social and economic factors, and only 25% by access to healthcare. He emphasizes that one can’t talk about the success of national health care systems without first considering the social programs that also influence health.

Interestingly market reforms in recent years have raised seriously health care costs in many European countries. Switzerland, Germany, and the Netherlands spend more money than Canada on health care costs per person. Dr. Meili gave the example that an abdominal CAT scan costs by comparison $97 in Canada and $432 in Switzerland. The Dutch government implemented market reforms in 2006, with some improvement in costs but this resulted in reduced patient choice and equitable access. The Dutch also introduced co-pays (which means user fees), so that patients and the system “go Dutch” sharing the costs and discouraging excessive use. Again, Dr. Meili points out that research shows that these fees simply discourage those most in need from accessing care in a timely fashion, who in turn present later in their illness, when they are sicker and their care actually costs more.

Dr. Meili proposes that we will be better served by taking the best from both systems of care, the Canadian and the Dutch. He suggests that an open-minded proactive conversation on the future of Canadian health care should look at ways to improve in Canada system efficiencies or change the way physicians are compensated, so that they spend more time providing quality, patient-focused care. On the other hand, Canada can borrow from the Dutch model by taking advantage of the buying power of our universal health coverage to provide Canadians with access to medications, dental and eye care.

I can’t help but to recall a short story I heard from an elder when I was very young, many moons ago. A camel had to go a long way carrying a big load. Her master asked her: “Which road would you prefer, uphill or downhill”? The camel looked at him surprised and in her camel language responded: “Don’t I have the choice to go just straight, neither uphill nor downhill”?