Budget 2015: Recommendations to the Department of Finance - CARP
Join Donate Sign In 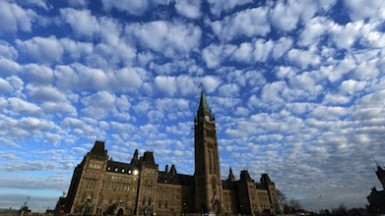 Inadequate retirement savings, precarious late-career employment, and poor investor protection combine to make it difficult for many Canadians to achieve and sustain retirement income security. Nearly 6 percent of seniors still live in poverty, amounting to almost 300,000 people.[i] One in six single seniors, most of whom are women, lives in poverty. Twelve million working Canadians do not have workplace pension plans and Canadians are increasingly unable to save sufficiently for their own retirement.[ii] The 2015 budget is an opportunity for the federal government to help older Canadians achieve financial security and prepare for retirement.

CARP recommends that the federal government:

2. Work with employers and provinces to create job opportunities and stable employment for older workers:

3. Work with provinces to create an investor protection enforcement agency, within a single national regulator:

Create a Universal Pension Plan: Help Canadians save for their own retirement

CARP has long called for a supplementary Universal Pension Plan (UPP) that would work like the CPP, allowing Canadians to safely supplement retirement savings in a large national plan.[iii] CARP is advocating for a UPP, independent of government or single employers, with mandatory enrollment that would use the existing payroll deduction mechanism, professional management, with a focus entirely on optimal performance.

A supplementary UPP is needed to help fill the retirement savings gap. The CPP currently provides for a maximum 25 percent replacement of preretirement income and only covers incomes up to $52,000. The maximum benefit provided by the CPP is approximately $13,000/year, but the average payout is closer to $7,000/year.

The CPP combined with Ontario’s promised Ontario Retirement Pension Plan (ORPP), slated to be phased in starting in 2017, would still only replace a combined maximum of 40 percent of preretirement income – and only for people in Ontario – considerably short of the recommended 60-70 percent income replacement most Canadians will need to maintain standards of living in retirement.

CARP’s UPP model would provide reliable, predictable benefits allowing Canadians to better plan for retirement. Such a plan would provide Canadians true portability across jobs and provinces, and like the CPP its size would offer greater protection against market shocks, unlike other retail investment options and PRPPs. The federal government can provide crucial leadership on helping Canadians save for their own retirement.

Enhance CPP to improve retirement prospects for all Canadians

In 2010, the federal government committed to working with the provinces and to effect a modest enhancement to CPP at the same time as introducing PRPPs. The political landscape has changed dramatically since the PRPPs were first announced and the CPP-enhancement portion of the commitment has yet to be implemented despite a growing consensus among pension experts and ordinary Canadians.

The Ontario government is moving ahead with the Ontario Retirement Pension Plan (ORPP), a provincial plan modeled on the CPP. CARP supports the ORPP, which aims to replace an additional 15 percent of preretirement income. Manitoba and PEI have expressed interest in joining the ORPP, but Canadians in other provinces would not benefit from the additional coverage without co-operation by the federal and other provincial governments.

Canadians are living longer now than when the current rules increasing minimum withdrawal requirements from RRIF accounts were put in place in 1992. There is growing concern that many could outlive their savings and the RRIF rules exacerbate this concern, according the CD Howe Institute.[iv]

In 1992, a Canadian starting to withdraw funds from a RRIF could expect to live an additional 13 years, for a lifespan of approximately 82 years. Today, a 71 year old can expect to live approximately 16 years more, for an expected lifespan of 85, three years more than in 1992. The probability of a female reaching age 94 has almost doubled compared to 1992 and the probability of a male reaching that age has more than tripled.[v]

CARP advocated for a moratorium on mandated RRIF withdrawals in 2008 due to the recession’s effect on retirement savings. The federal government allowed a 25 percent reduction for that year only. CARP is again calling on the federal government to permanently eliminate mandatory minimum withdrawals from RRIFs to help Canadians better control and plan their finances in retirement.

Almost all (87%) of CARP members are RRIF holders or will be when they reach age 71. More than half (54%) of CARP members are worried about outliving their savings, with 48 percent saying that only with careful planning and spending will they have enough to last as long as they live. More than one-quarter of CARP members don’t expect their savings to last their lifetime. Only 17 percent say they have enough savings to last their lifetime. Two-thirds of CARP members want a complete elimination of mandatory RRIF withdrawals.[1] Eliminating mandatory RRIF withdrawals would give Canadians the ability to better plan and manage their finances in retirement.

CARP is on the record opposing the changes to the eligibility age for OAS. More than two-thirds of CARP members strongly oppose the changes[vi] and more than 70% of members support our ongoing opposition to the changes, despite the fact that most current CARP members will be spared the effects of the changes.[vii]

In the 2012 federal budget, the Government committed to ensuring that certain federal programs, including programs provided by Veterans Affairs Canada and Aboriginal Affairs and Northern Development Canada that currently provide income support benefits until age 65, are aligned with changes to the OAS program. The same consideration should be applied to all financially vulnerable Canadians who will be challenged by the changes to OAS.

Lift single seniors out of poverty

The hardest hit group of Canadians are single, unattached, women over 65, almost 20 percent of whom live under the after tax low-income cut-off of approximately $20,000/year,[viii] with most living on far less. This situation is not expected to dramatically improve in the immediate future – over 30 percent of single women between 45 and 64 are low-income. Seventy percent of part-time workers and 66% of minimum wage earners are female.[ix] For many of these women, the combination of OAS and GIS is the determining factor in keeping them out of poverty.[x]

Single seniors are more prone to lower-income than their married or coupled counterparts. Eighteen percent of single women and 14 percent of single men over 65 live in poverty.[xi] While the number of women with workplace pension plans tripled from 1974 to 2004[xii], there is still a discrepancy in pension incomes between men and women that contributes to greater levels of poverty among older women.

Women also provide the majority of unpaid, informal caregiving, often foregoing employment and further increasing the likelihood of financial insecurity in retirement. Consequently, the 2011 Federal Caregiver Tax credit should be made fully refundable to also benefit caregivers with no reportable income.

From 2006 to 2013, roughly 300,000 more seniors joined the labour force, almost doubling the number.[xv] Some older workers remain engaged in the workforce because they want to, but for many continued employment is a financial necessity.

The federal and provincial governments have formally recognized their role in supporting older workers, most notably in the federal transfer program Targeted Initiative for Older Workers (TIOW), which funds provincial programs aimed at securing employment for older Canadians. While the TIOW program provides support for older workers in towns dominated by one industry and with populations under 250,000, more can be done to help all older Canadians find and retain employment.

A comprehensive plan is still needed, both to help unemployed older Canadians looking for work and to help currently employed older Canadians keep their jobs. CARP is calling on government and employers to work together to create an employment landscape that recognizes the importance and value of older workers by removing barriers and providing job opportunities.

Investors should have fair and reliable means of investing and saving for their retirement. With the recent economic turmoil and investment losses, trust in financial advisers and retail investment vehicles is waning. When surveyed, the majority of CARP members who suffered such a loss claim that their advisor encouraged the poor investment, even though most invested conservatively and pride themselves on their financial knowledge and investing acumen.[xvi] Overall, there are major concerns among Canadians over their ability to save and invest adequately for a secure retirement.

CARP members were disappointed with the December 2011 Supreme Court decision to disallow a National Securities Regulator (NSR). The proposed NSR agency had promised better investor protection. CARP is renewing the call for a comprehensive investor protection function within a NSR. Seventy-five percent of CARP members polled support a NSR with enforcement powers.[xvii]

The recent agreement between the Federal, British Columbia, and Ontario governments on a common securities regulator have renewed hope for a single national regulator with built-in investor protection mechanism.

The new common regulator, expected to be in place by 2015, is an opportunity to establish an investor protection enforcement agency with specialist knowledge to receive complaints, investigate crimes, and order restitution.