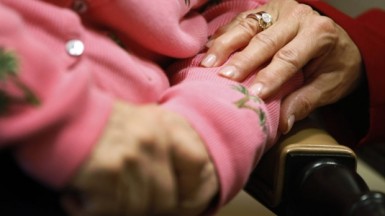 News that Spirit of the West vocalist, John Mann, has early onset Alzheimer’s is the latest in a series of wake up calls that Canada needs to get ready for a burgeoning incidence of dementia as the population ages. The percentage of people afflicted may not be increasing but the sheer size of the boomer generation reaching the vulnerable age bands is a challenge that Canada’s healthcare system has yet to meet.

It is already on the minds of many: three-quarters of CARP members polled were touched by dementia, and most (81 per cent) think Canada is not prepared for it as boomers age. But when an icon of the generation reveals his diagnosis, then it touches all of us.

Certainly the numbers are daunting: 750,000 Canadians were living with dementia in 2011. In fewer than 20 years, that number is expected to double to 1.4 million. 1-in-10 Canadians say they are the primary caregiver for someone with dementia — so a potential 3.5 million Canadians are shouldering the burden of dementia care.

But it’s not just the numbers, it’s how the disease robs you of the person you know, bit by bit, that is the most frightening. John Mann now has a tablet attached to his microphone to cue him on lyrics he wrote himself and has performed countless times. He can’t remember how old his children are but he still knows he loves them, he says. The family may yet feel the pain when that changes.

And just as families struggle to care for someone whom they no longer know or understand, our long-term care system has not found a way to meet the challenge of growing numbers of people who will need specialized care. The default has been locked units and chemical restraints.

We can replace a hip, install a new heart, kill cancer cells and soon enough, equip people with an exoskeleton to let even paraplegics walk. But so far, we haven’t been able to repair or replace the brain.

There is learning, however, about how to care for people in the meantime but are we applying it? Sundowning programs, for example, provide activities at night when some dementia sufferers are most active and most likely to wander. Yet care homes have the most staff on the day shift and the bare minimum at night. What would it take for funding and staffing protocols to be reversed?

Medical personnel rely heavily on patients reporting their symptoms to make a diagnosis. Dementia patients who can’t identify the source of their pain could be treated for their agitation and aggression instead. Have medical practitioners been taught how to uncover the underlying condition without asking the patient? There are too many stories of people with an easily diagnosed problem — a fracture or a lump — who suffer unnecessarily because their caregivers could not see beyond the confusion and distress.

Unable to communicate what’s wrong and losing all freedom of movement is the stuff of nightmares and the reason that Yee Hong was established to provide culturally appropriate care for people who were unable to communicate their care needs in English language nursing homes. The isolation and fear accelerated their deterioration. Yee Hong not only has staff who speak several language including Chinese but three different types of kitchens, including woks and tandoori ovens — all evidence of the resident-centred care that is more than a catch phrase. Staffing and resources are adjusted, even within the existing funding envelopes, to maximize attention for those who need it. And while they haven’t solved entirely the puzzle of dementia care, at least they have a psychiatrist on staff — a rarity among nursing homes.

There must be a paradigm shift in how we deal with people who could be said to be living in an alternate universe. We can only help them in that universe and not keep trying to drag them back into ours. And we know it can be done.

Hogeway , Netherlands is an entire village inhabited by people with dementia, the caregivers doubling as the shopkeepers and barbers.

Maybe we can’t build dementia villages all over Canada but at least we can help those we love to live in a world that treats them as proper denizens.