Editor’s Note: We found this story particularly interesting and promising and wished to share it with our readers.  This finding seems consistent with other discoveries about the preserving effect of creativity on the mind and the potential of music therapy in treating dementia patients.  This story was published by Global News on August 22nd, 2014. 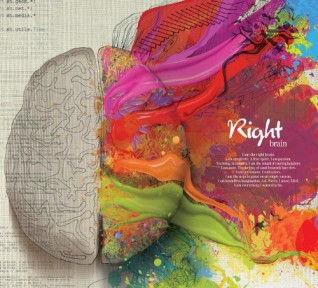 TORONTO She couldnt remember the names of animals or certain words and shapes, but when Mary Hecht had a pencil in hand, she could draw a free-hand sketch of figures she vividly recalled from memory.

The internationally renowned sculptor is the prime example of an artist forgetting her abilities to take on simple day-to-day tasks because of her worsening dementia while still maintaining her skill to draw spontaneously and even from memory.

St. Michaels Hospital researchers say their findings while studying Hecht shed light on how art and creativity preserves the brain.

The take home message is obviously that we need to emphasize more art in the learning process of children, adults and old age.

Fornazzari is a neurology consultant at St. Michaels Hospitals Memory Clinic. His findings were published Thursday in the Canadian Journal of Neurological Sciences.

Hecht was diagnosed with vascular dementia, the second most common dementia in the Western world, next to Alzheimers Disease. Its the product of many strokes in different parts of the brain.

During the study with the scientists, Hecht put her memory to the test with a string of drawing tasks.

She couldnt do a cube, she couldnt do a clock drawing test, she missed all the numbers. She put the hands of the clock in the wrong position, Fornazzari told Global News.

She couldnt recall the names of the researchers, the nurses, names of animals, certain shapes or words.

But on that day of testing, Hecht heard on the radio that famed cellist Mstislav Rostropovich died Hecht had met him decades earlier and was able to sketch his portrait from her memory.

She was also able to draw a free-hand sketch of a lying Buddha figurine she recalled from memory earlier on that day.

While drawing, she was even able to speak eloquently and without hesitation about art one part of her memory that appeared to remain in tact while the rest of her memories were stripped away.

This is the most exceptional example of the degree of preservation of artistic skills weve seen in our clinic, said Dr. Corrine Fischer, director of the memory clinic.