Susan Eng blogs on HuffPost Living, Top 10 Reasons Not to Start a War With Seniors - CARP
Join Donate Sign In 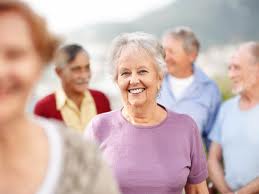 For no good purpose, some people want to start a war on seniors. At the risk of giving them more air time than they deserve, one media organ calls seniors already too wealthy for any more government attention and another calls for public largesse to be lavished on his group instead. Before taking up the pitchforks, here are ten things to consider:

10. Seniors as a group have more accumulated wealth because they spent a lifetime accumulating it. “Researchers” make a gross comparison with the wealth of the younger set just beginning their careers to “demonstrate” how unfair things are. Conflating timelines is apparently a new research technique.

9. Many seniors are indeed doing well — living the life on well-earned nest eggs — but not everyone. 300,000 Canadians over 65 still live in poverty and many more straddle the low-income threshold and struggle to make ends meet. 1.6 million seniors depend on the Guaranteed Income Supplement to reach the poverty line. This number is expected to double by 2031.

8. Cutting old age security or such income supports is mean spirited and unnecessary. Besides, there is no chance that the government is going to give you that money! Oh wait…! Did you mean the $3 billion a year they want to spend on income splitting for young couples with children? So, we’re good?

7. A report that the intergenerational wage gap has increased speaks more to the stagnant economic conditions that suppress wages today than that older workers are overpaid. In fact, it’s a good bet that if you demand that older worker give up her job for you, you won’t get her salary. That’s not because of reverse age discrimination; corporations have created this highly unequal situation, by taking advantage of vulnerable younger workers. according to Linda McQuaig

6. Wages are set to increase by a mere 2.8%. And in lieu of salary increases, now employers are spending their money on “communicating” with their employees – presumably to tell them how good they have it!

5. Younger workers don’t have workplace pensions – true. Canadians are under-saving and a significant minority face the prospect of a substantial drop in their standard of living in retirement. But who has been fighting for better pensions? Seniors. They can’t possibly benefit from any pension improvements now – but they have your back.

4. Much is made of health care costs for the frail elderly. But the healthcare spending curve by age group is actually U-shaped with equally significant amounts spent for childbirth and early childhood problems. So is one okay and the other to be disparaged? Does it need to be said that we were all once born and will all eventually get really old if we’re lucky?

3. “Seniors on stretchers“. Waiting in ER’s to get treated or admitted so that they can be called “bed blockers” because their condition has so deteriorated that they can’t go home and can’t get placement in over subscribed nursing homes. That’s something you don’t hear about any other age group so don’t be kicking people when they’re down – on a stretcher!

2. Seniors have paid a lifetime of taxes to build the hospitals and pay the doctors. Like most Canadians, they rarely drew on their services until later in life and face impossible wait times for needed care. Their taxes also built the universities and paid for your professors so that you could acquire the “research” skills to complain about your disadvantages. A bit churlish don’t you think?

1. The top reason to not pick a fight with seniors is that there’s no need. Sure, older voters get political attention because they, um, vote. And the madder you make them, the harder they vote! So until you manage to get out the vote, don’t provoke them. Instead, let them continue to do the heavy lifting of making things better for everyone as we age. Join them. It’s a little known scientific fact, but everyone gets to be a senior in this country.