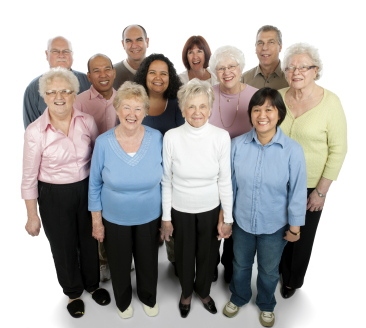 Seniors entering retirement age want to play hard ; and are determined to look and feel good while theyre doing it.

NUMBERS OF SENIORS IN WORKFORCE HAS DOUBLED

Susan Eng, vice-president for advocacy at the Canadian Association for Retired Persons (CARP), says the number of seniors in Canadas workforce doubled from 300,000 to about 600,000 between 2006 and 2013.

That number ; Eng calls it startling ; will continue to grow as more Canadians enter retirement years without a company pension, she says.

Polling of CARP members shows that about half of seniors want to work and half need to work, Eng says. Those who choose to work enjoy the sense of engagement and contribution that paid employment brings.

Many of those who must work do so from a fear they will outlive their savings. Other working seniors have stayed in the workforce because they need to finance lifestyle expectations that may exceed those of previous generations, she says.

The idea in the past that at a certain age you just quit ; you stop working, stop dressing, stop getting engaged in politics ; is changing, she says.

Older people are saying, No, you dont put me out to pasture. I get to decide how I live the rest of my life.

Baby boomers desire to continue working has sparked talk of inter-generational rivalry or resentment, Eng says. Younger people want boomers to get out of the way. But they are overlooking the crucial fact that employers are eliminating jobs, Eng says.

You have to realize that if a person leaves his or her job it doesnt mean you will get that job, Eng says.

Thanks to improved nutrition, medical advances and commitment to fitness, retiring boomers will live longer than earlier generations. But that longevity will bring challenges.

There are lots of baby boomers around to care for parents but the sharply lower fertility rate for boomers means there wont be enough children around to look after them all, says Neena Chappell, founder and former director of University of Victorias Centre on Aging.

The answer may lie in boomer brothers and sisters.

What we do have is lots of siblings, says Chappell, who at 66 is a boomer herself. Yet we simply dont know if siblings are going to step up and look after one another.

Boomers are vocal, demanding and creative, Chappell says. They know the shortcomings of Canadas health care and home care systems from caring for their aged parents. They will press for the changes to improve those systems without relying on government to meet all their needs, she says.

People will evolve new means of looking after themselves, such as friends moving into the same building together, she says. I have a bit more confidence in people figuring out living arrangements than I do in government figuring out what we should do.

Sixsmith agrees that retired boomers are commonly seen as being highly assertive. But he doesnt expect them to coalesce into a kind of grey voting bloc or movement.

I dont see a strong group consciousness, he says. Boomers will probably carry on in the way they have always done ; which is highly individualistic.

Seniors today are more aware of the value of fitness than were previous generations, says Sandy Reimer, director of health and fitness at YWCA Vancouver.

Were also finding that people are not retiring as early as they once did and so those working near our Hornby Street facility are coming in a little later in life as well, Reimer says