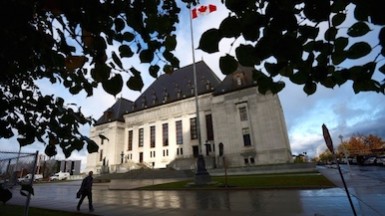 The Globe and Mail has published the following article on the state of right to die legislation in Canada as it stands on the eve of the Supreme Court hearing that will be held on October 15th, 2014.  The article provides a detailed review of where we currently stand and the arguments being made by both sides in this debate.  It makes for a most informative and interesting read.  You can read the article via the Globe and Mail website, they have also linked several related articles that will likely also be of possible interest to readers.

When Sue Rodriguez, a British Columbia woman suffering from amyotrophic lateral sclerosis (ALS), appealed unsuccessfully to the Supreme Court of Canada for medically assisted suicide in 1993, Ms. Hivon was studying law at McGill University in Montreal. Two decades later, Ms. Hivon is known around the world at least in right-to-die circles as the junior health minister who shepherded North Americas most radical end-of-life legislation to all-party support in Quebec’s National Assembly.

Ms. Hivon, who always had a special interest in medical law, and Ms. Rodriguez, who first put the uncomfortable issue front and centre for Canadians, represent very different paths one legislative, the other legal. But they had the same objective: offering us a choice in how we die.

Both are top of mind with a fast-approaching Supreme Court one-day hearing set to decide where Canada’s top court now stands on the Criminal Code prohibition against assisted suicide. The Oct. 15 hearing is based on the Carter case from B.C., which involved the late Gloria Taylor, who, like Ms. Rodriguez, was afflicted with ALS, and Kathleen Carter, who wanted help dying because of a degenerative spinal condition.

Is medical aid in dying simply part of health care, as Ms. Hivon argues? Or is it a human right, as lawyers for Ms. Rodriguez and Ms. Taylor have contended for more than 20 years? The answer is one or the other, or both, depending on your perspective.

Nobody can predict exactly what will happen at the Supreme Court later this month. What we can say, based on the factums filed with the Court and after talking with experts involved with medical, legal and ethical issues, is that the arguments will be rooted in two camps: one bearing heavily on the Canadian governments duty to protect the vulnerable and to preserve the sanctity of life; the other championing an individuals right to life, liberty and security of the person as guaranteed under the Charter of Rights and Freedoms.

Whether those rights extend to the manner and timing of ones death is a key question.

That was the crux of the Rodriguez case back in 1993. Ms. Rodriguez had the right to commit suicide attempting suicide had been expunged from the Criminal Code in the 1970s. But her condition meant that she wasn’t physically capable of ending her life without help and that was illegal. The Supreme Court agreed at the time that Ms. Rodriguez’s autonomy rights were violated, but argued in a narrow 5-to-4 ruling that the discrimination was justified because making assisted suicide legal for the disabled would imperil vulnerable people and deny the supremacy of the sanctity of life.

This article was published by The Globe and Mail on October 4th, 2014.  To see this article and other related articles on their website, please click here

Besides, as the late Justice John Sopinka wrote for the majority, nobody else was decriminalizing assisted suicide, and to do so would allow a constitutional right that goes beyond that of any country in the Western world. It cannot be said to represent a consensus by Parliament or by Canadians in general that the autonomy interests of those wishing to kill themselves is paramount to the state interest in protecting the life of its citizens, he wrote.

Less than a year later, Ms. Rodriguez died in secret, with the help of an anonymous physician.

The world has changed dramatically in the years since Justice Sopinka delivered that opinion in 1993. Assisted suicide and euthanasia are now legal under strict criteria in the Netherlands, Belgium and Luxemburg; physician-assisted dying has been implemented in several American states; and for those who can afford it, assisted suicide has long been available for foreigners who (as did Ms. Carter) travel to Switzerland.

Public attitudes have also evolved. Opinion polls consistently say that a large majority of Canadians support medical aid in dying; and, late this summer, rank-and-file members of the Canadian Medical Association voted overwhelmingly in favour of allowing physicians to follow their own consciences, rather than the CMA’s dictates, in caring for dying patients.

While all these legal and societal changes were happening, two parallel challenges to the prohibition against medical aid in dying were mounted: the political one in Quebec; and the Carter challenge in the B.C. courts.

In 2011, Lee Carter and Hollis Johnson, a married couple who feared they could be prosecuted for having taken Ms. Carters mother (who had excruciating spinal stenosis) to the Dignitas organization in Switzerland, joined forces with Dr. William Shoichet, a doctor willing to help patients die if assisted suicide were decriminalized; Ms. Taylor, who wanted help dying when ALS made her life unbearable; and the B.C. Civil Liberties Association.

Together, in what came to be known as the Carter case, they re-challenged the prohibition against assisted suicide, specifically section 241(b) of the Criminal Code, which carries a maximum sentence of 14 years. The case was heard by Justice Lynn Smith in the B.C. Supreme Court. After listening to massive amounts of evidence from scores of expert witnesses, and reviewing protocols and data from several jurisdictions, Justice Smith delivered a judgment, verging on 300 pages, in June, 2012.

She wrote a very long, very thorough treatment of the issues, and provided ample support for her decision, which struck down assisted-suicide law and the euthanasia law in Canada, says Wayne Sumner, emeritus professor of philosophy at the University of Toronto. In ruling that the prohibition was unconstitutional, Justice Smith gave Parliament a year to introduce new legislation, and granted Ms. Taylor an exemption to seek medical help in dying.

Unexpectedly, Ms. Taylor died of a bowel infection in October, 2012. But that wasn’t the end of her legal case. A year later, the B.C. Court of Appeal overturned Carter in a challenge brought by the governments of Canada and B.C. not on the evidence, but on jurisdictional grounds.

As Prof. Sumner explains, the B.C. Court of Appeal was only interested in procedural questions the extent to which Justice Smith had the right to reopen issues that the Supreme Court had settled, or possibly settled, in Rodriguez.

Does a lower court have the authority to declare a law unconstitutional? This will be a key issue before the Court this month when it hears the Carter case on appeal. Other prime issues will be questions of individual autonomy and jurisdiction.

If I cannot give consent to my own death, whose body is this? Who owns my life? Ms. Rodriguez asked more than 20 years ago, in an impassioned video plea. Back then, the Supreme Court ruled that she, as a person suffering from an incapacitating and degenerative disease, didn’t have the right to consent to her own death.

But in the meantime, have legal and ethical opinions changed in that regard? Yes, says Jocelyn Downie, professor of law and associate dean at Dalhousie University. Since Rodriguez, the principle of respect for autonomy has gained strength in Canada and abroad. This, she suggests, is helping to drive the momentum toward decriminalization.

Meanwhile, the Canadian government has steadfastly refused to consider any easing of the strictures against physician-assisted death, and Quebec has taken a jurisdictional end-run around the Criminal Code prohibitions by charting a political route to provide a continuum of care ranging from palliation to euthanasia for people who are facing imminent death.

The approach we took was one of health care. We should not leave anybody suffering at any stage, so why would it be okay at the end of life? Ms. Hivon asked rhetorically in an interview during a break at the World Federation of Right to Die Societies last month in Chicago. Our bill is about people who are ill and who are suffering and who need to have their pain alleviated.

Ms. Hivon, who watched some of her own family members suffer before dying, is strongly convinced that when difficult human and social issues come up, it is the duty of parliamentarians to face these issues and not wait for the courts to tell you what to do.

It helps that Quebec is a cohesive, secular society with a tradition of doctors taking risky stands on medical issues such as abortion and assisted suicide. In fact, the impetus for a public discussion about dying came from the Quebec College of Physicians, which released a report in 2009 concluding that euthanasia was appropriate medical care in exceptional circumstances in which agony and suffering persists. That public statement provided the health-care framework which Ms. Hivon used to introduce a motion in the National Assembly to garner all-party support for a public consultation to hear ordinary peoples thoughts and experiences about end of life. That was the first of several steps that resulted in Bill 52 being passed this past June.

Ms. Hivon, who was in Chicago to tell delegates how she and her colleagues managed a legislative process from consultation to bipartisan approval, despite two electoral changes of government, was a good-news story at a conference that also had sessions on police sting operations on a non-profit organization called Final Exit Network and on the vagaries of Argentinas Dignified Death Law.

There were also protests by the disability-rights group Not Dead Yet, which infiltrated the hotel atrium, and woke up delegates with strident chants of We dont need your suicide. Not Dead Yet keeps us alive.

After police persuaded protesters to adjourn to the sidewalk, the ruckus engendered lively discussion among hotel guests about Not Yet Deads fears that the assisted-suicide lobby is driven by reincarnated Nazi-style murderers. In fact, the right-to-die movement wants the ability to choose death as a personal option, not impose it on others; but the fear of discrimination is real and will be voiced at the Supreme Court by the Euthanasia Prevention Coalition and the Council of Canadians with Disabilities, among other dissenting groups.

Back home, Ms. Hivon, who now sits on the opposition benches in the National Assembly, will be watching to see if the Supreme Court uses the Carter case as an opportunity to rule on the constitutionality of Quebec going it alone on end-of-life care.

The issue of provincial jurisdiction is squarely in front of the court, Prof. Downie says.

If the Supreme Court agrees that the Criminal Code prohibition against assisted suicide is unconstitutional, as Ms. Smith ruled in 2012, then, Prof. Downie says, it will have to weigh in on the issue of jurisdiction, so that the federal government knows what it can and cannot do in drafting the new legislation that will be necessary.

Ms. Hivon remains sanguine. There can be challenges related to the Criminal Code, but the Criminal Code has nothing specific to say about end of life, medical issues and people who are ill, she says. Our approach is very different. Our jurisdiction is over health care.