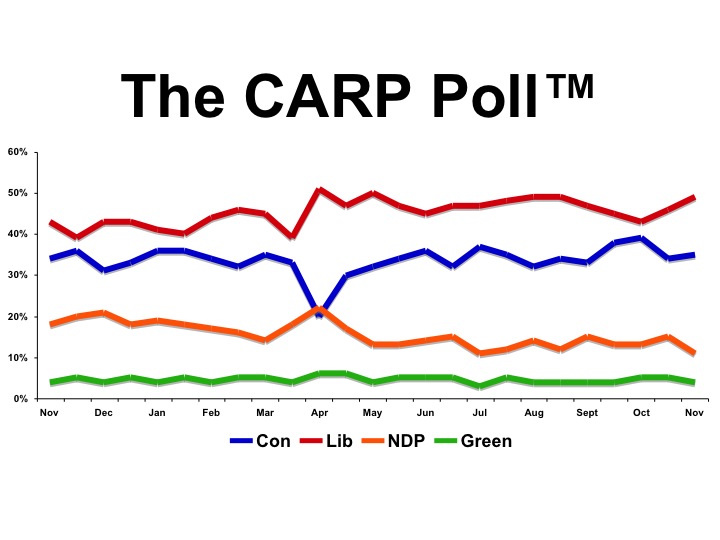 Key Findings: Most members think the promised budget surplus should be used to pay the national debt, while many think it should not be spent at all, but saved for adverse economic cycles. Other priorities are income supports and pharmacare. They agree the surplus, if it must be spent, should be spent in one grand plan that helps everyone, rather than as a series of targeted tax breaks.

Income splitting is not seen as a worthwhile way to spend any surplus, nor is the increase in the Child Care Tax Benefit; income splitting is seen to benefit only well off single income families, and the Quebec child care model is preferred to the CCTB. Both these items are seen chiefly as election ploys, and indicative of an early writ.

Most members don’t share the government’s rosy outlook for the economy, and most say it has not improved for them, and if it had, the government couldn’t take credit.

The Liberals and Conservatives have closed their gap, with the Liberals still in first place, and the NDP in distant third. While more people will vote Liberal than Conservative, there is a disconnect, and members are equally likely to believe either of these two parties will win the next election.