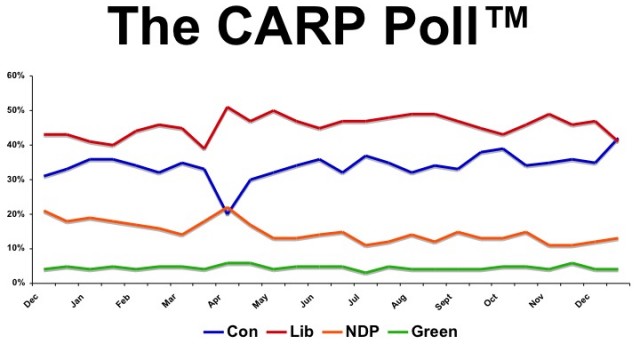 January 13, 2015: Virtually all members celebrate Christmas, most as a family holiday rather than as a religious one. By the same token, virtually all members donate to charity during the year or do some volunteering or both. On average, about $700 per year is donated, and about two weeks is spent volunteering among those who do either. Members give and volunteer to help, to give back and to support specific goals. Few donate for the tax receipt.

On average, about $700 is also spent Christmas shopping by the vast majority who do this, and most of the shopping is done on credit cards, followed distantly by debit cards. Few use cash. Half did some of their shopping online this year, on average about a quarter of it.

The minority traveled this holiday, most did it to visit children and, while the low gas prices won’t make them more likely to travel, members say they will have an effect on them.

While few members were alone at the holidays, a quarter know an elderly person who was alone and isolated.

The Conservatives have gained significantly in voter preference and are now tied with the Liberals for the first time since Justin Trudeau became Liberal Leader in May, 2013.