The Middle-Aged Guide to Growing Up: Dodging A Bullet - CARP
Join Donate Sign In 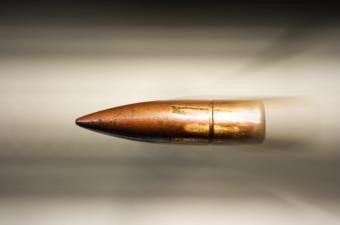 Readers of this blog will recall in the last installment, I had been diagnosed with growths on the larynx that might be cancer, and needed excising. The downside was that, if surgery WAS required, I’d lose my voice along with the growths, and be left with a husky whisper. Not an optimum outcome for an actor.

Of course, I had no one to blame but myself. As a chain smoker for 45 years, I was convinced I was ironclad, so imagine my surprise when I discovered there were consequences to my behaviour. I quit smoking with the help of e-cigarettes within a couple of days of the diagnosis. I stopped smoking pot and started eating it (much more fun in every respect). I no longer smoke cigars.

The month between the diagnosis and the operation seemed longer than it needed to be, and all I could do, having quit smoking, was worry about my voice. Canadian cowboy music icon Ian Tyson had suffered an infection on his vocal cords a few years previously, and he had the same operation I was scheduled for. He put out one record after the operation and gave up singing.. I bought the album, From Yellowhead to Yellowstone, and listened to it. Tyson’s deep, rich expressive voice was now a hollow croak, delivered with a breathy whisper. It was awful. I started to get depressed.

The day approached, and I made feverish plans to get to the hospital and back. I’d discovered you can only get an operating room in a hurry by moving out of Toronto, and the specialist who had seen me practiced out of Newmarket, north of the city. My car had been squashed by a falling tree several days before the appointment, so I had no ride, but I couldn’t drive myself anyway, as they would use general anesthetic, and I would have to be minded and driven.

My wife was critical to the operation. The surgeon wouldn’t know whether the growths were cancerous until she’d done the biopsy, and if they were, she’d have to do surgery on the spot, and I would lose my voice. If they weren’t, she’d still have to scrape the growths off, a slightly less invasive procedure. I wasn’t going to be awake to make the decision whether to proceed or not, so my wife was going to have to make the decision on the spot for me.

I made it clear that I didn’t want surgery which would ruin my voice unless absolutely necessary. If the cancer was limited in scope, or in its first stages, I preferred radiation rather than surgery, as his would leave me with a voice.

I sat in a sad little room full of other people waiting for day surgery, clad in their humiliating hospital gowns and paper slippers like me. My young, tall, beautiful, fit, kindly surgeon came by before the operation to talk. She understood my fears about my voice and promised to be as minimally invasive as possible. I asked her to consult with my wife as soon as she had a prognosis, and take her cue from her.

Eventually, my name was called, and I towed my IV stand into the operating room. I looked at the ceiling, determined to count to 10 before the anesthetic knocked me out, but I didn’t get past 3, then I was awake again, looking at a different ceiling. A nurse came by and looked at me and said “Hi, my name is Patricia”. I said “Hi Patricia” and immediately remembered I couldn’t speak for a week as I recovered. My voice was rocky.

My wife entered the room, and had tears in her eyes. She said “you’re OK, it’s dysplasia, not cancer. The growths are benign. You’re going to keep your voice”. I felt a surge of relief as the anxiety of the last month washed over me. We didn’t see the attractive young doctor again, but I owe her a depth of gratitude I can’t repay.

I had the world’s worst sore throat, so the doctor had prescribed some very interesting party drugs for the pain – Dilaudid, which is just heroin by another name. My instructions were not to talk, not even a whisper, for a week. This would be interesting. Party drugs and radio silence; I’d have to make my own fun.

After three days, I was getting used to not talking. I sent e-mails and texts, so I wasn’t out of touch, but I could also choose to ignore messages I didn’t want to answer and blame it on the radio silence. On the infrequent occasions when I spoke by mistake, I’ve noticed my voice vibrated more, had an electric edge. For all I know I’m going to come out of this with a better voice than I went in with, which would be a perfect description of my “medium luck” – I get a cancer diagnosis which proves to be negative, and I get a better voice out of it. Medium luck is my lot; suffer some negative event, then have it turn into something more positive than you thought. And the whole episode had scared me into quitting smoking, something I’d never have done on my own. When life hands me lemons, I like to ignore them; I don’t much like lemonade..