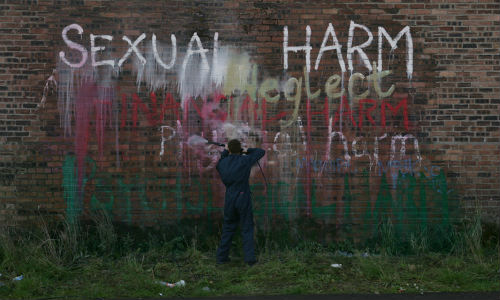 Newfoundland and Nova Scotia are taking the lead among provinces in protecting people from abuse with a legislated Duty to Report, and the other provinces should follow suit. Similar to Nova Scotia’s Adult Protection Act, the Newfoundland Adult Protection Act, which came into effect in June 2014, states that “A person who reasonably believes that an adult may be in need of protective intervention shall immediately give that information, together with the name and address of the adult, if known, to the provincial director, a director, a social worker or a peace officer” in section 12. The province has created a 1-855 hotline as well as a provincial director and regional directors to respond to these calls. Everyone in Newfoundland is obligated to report, not just professionals such as doctors and lawyers, and a failure to report can lead to a fine up to $10,000 or a year in prison, or both.

The Concerns about Duty to Report

Duty to Report has been opposed by many who are concerned that it would infantilize adults and undermine personal autonomy. Their concerns are valid since a Duty to Report presumes that an adult does not have the capacity to understand and handle their situation. And unlike child protection efforts, the critics fear that a Duty to Report would only reinforce age discrimination, especially in cases of elder abuse. Additionally, people naturally fear the potential consequences and repercussions of false or incorrect reports of abuse. However, without a Duty to Report, a gap still remains in ending abuse, neglect, and violence against older adults. There needs to be a fine balance of security and autonomy in adult protection measures in which intervention is minimal and the least intrusive so that the adult’s autonomy and rights are not violated.

The Newfoundland Adult Protection Act is an example of this balance between adequate protections without undermining one’s autonomy. The Act “protects adults who are at risk of abuse and neglect, and who do not understand or appreciate that risk” while recognizing and prioritizing people’s autonomy. The Act and its policies presume that every adult has the capacity to make decisions unless proven otherwise, and if the adult does not harm him/herself or others, than he/she may choose to live as he/she wishes, even if some may consider it unwise or not socially acceptable.

When a report is received through the Newfoundland’s 1-855 hotline, the capacity of the person who may be at risk and their level of risk is assessed by trained social workers to determine whether further adult protection investigation is needed. If the assessment indicates that the person is not in need of protective intervention, he/she may be referred to social, health, legal or other supportive services that may assist him/her. However, if the assessment indicates that the person is need of protective intervention because the person lacks capacity, is abused and/or neglected, and does not accept any supportive services to reduce risk, an investigation is completed to determine next steps of intervention. Depending on the level of risk, the province is able to immediately remove the adult from their situation, and depending on what is most appropriate for the individual, arrangements may be made for the individual to stay with family, in a hospital if in need of treatment, alternate housing, assisted living, etc. The Act prioritizes working with families and existing relationships to find an appropriate solution, but as a last resort, the adult who is in need of protective intervention may be assigned into the care and custody of the Provincial Director.

According to the Newfoundland’s Provincial Director, Suzanne Brake, most of the reports have been low-risk, often unintended and avoidable, and can be mitigated with the right supports and services. She said that most people do not realize they need help and do not know where to get the supports and services they need. For example, respite care, financial supports, and training to fulfil their caregiving duties may reduce the burden and stress of caregivers, which lowers the risk of abuse to the older adult they are caring for. The Act is more about preventing abuse by helping people have access to the supports and services they need, rather than punishing people.

The Act also provides whistle blower protection by stating that an individual reporting in good faith will not be penalized for doing so if the report proves false. With such protection in place, the Duty to Report establishes a social responsibility in society to end abuse, neglect, and violence against people. While Newfoundland expects the number of reports of abuse to increase with new awareness, it also expects that there will be increase in public awareness and eventually, fewer incidents of abuse and neglect.

Provinces, Model after the Newfoundland Act

CARP has long called on governments to act on ending elder abuse through a comprehensive strategy that includes an elder abuse hot line, a duty to report, caregiver support, and specialized investigative support, all of which are part of the Newfoundland Adult Protection Act. The Act legislates a duty to report for all citizens with the appropriate checks and balances in place to ensure that personal autonomy is not undermined and adults are not infantilized. CARP calls on all other provinces and territories to model approaches to ending elder abuse after Newfoundland’s Act and end abuse against older adults across the country.