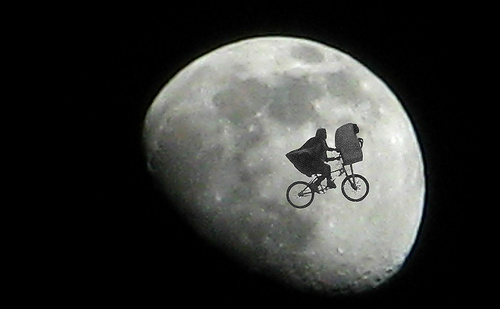 When I was a kid growing up in the north end of Montreal, children under the age of 16 were not allowed to go to movie theatres. This wasn’t because the authorities decided to be mean to kids – although it is true that some members of the Roman Catholic church felt that movies were detrimental to a child’s moral and physical health – but because of a horrendous fire in the Laurier Palace theatre in 1927 that killed 77 children and injured several others. The fire itself was not a major blaze, but the smoke and panic were a lethal combination as youngsters, many unaccompanied by adults, tried to escape from the balcony and were trampled as they fled down the stairs. The ban remained in effect until 1961, but at least building codes changed so that doors of all public buildings had to open outwards.

There were exceptions to the ban on movie-going.   When Walt Disney created something suitable or when Shirley Temple appeared in a film, we were allowed to trek down to The Palace or Loews, those ornate and wondrously decorated edifices. To a five year old it was like a trip to Buckingham Palace or Versailles and worth every minute of the 60-minute streetcar ride on the St. Denis number 24, followed by another 15 on the St. Catherine Street tram heading west to the pleasure palace of our cinematic dreams. There Mickey Mouse held fort, or little Shirley consorted with a bunch of gamblers in “Little Miss Marker”; cavorted around the Alps in ”Heidi” or sand and danced with James Dunn in “Stand Up and Cheer”. Shirley, I might add, was a role model for a child star, later becoming internationally active as a diplomat at the United Nations.

Of course, once we reached age 12 or attained the height of 5 feet – whichever came first – we put on lipstick, borrowed our mothers’ jackets, gloves, purses and even shoes if they fit, and tried to convince the ushers at the local movie houses that we really were 16 years old. In truth they probably knew we weren’t, but welcomed the business. Every 20 cents helped keep the place open.

My first attempt to actually pass as 16 was initiated by two of my Grade Six friends, whose names have totally left my memory bank, and who therefore cannot be accused of “leading me astray”. We even secured permission from both our teacher and our mothers to skip school that Friday afternoon so that we could see a film based on a true historical event, the title of which is also lost forever.

It was playing at The Chateau, on St. Denis at the corner of Belanger. On the other side of Belanger was The Rivoli. I marched toward The Chateau. My friends said, “Where are you going?” “To see the movie,” I replied. “We’re not going to that one,” they said and off they went to The Rivoli to see a film starring Bing Crosby.   My protests were in vain. Okay, I didn’t try very hard to convince them. “What’ll we do when they ask us about the other one?” “Just say it was good.”

My sole recollection is that Bing played opposite a blonde and at one point rolled down a staircase in a tea cart, singing “I Ain’t Got No-body”. Unfortunately, even an extensive search through Bing Crosby’s film archives cannot unearth that movie. Either my memory is totally incorrect – which is possible – or the film was so bad it was buried among the “better forgotten” list. However, it was my introduction to the twin pleasures of “grown-up” films, and learning how to skip school on a Friday afternoon and not get caught.

Sadly, The Rialto and The Chateau are long gone. The former actually had a beautiful façade, which we didn’t realize at the time, and just took for granted.  It opened in 1926 and both it at The Chateau closed in 1982.

By that time another movie attraction was no longer in vogue. That was “Dish Night”, one evening a week. During the Depression, the idea was to help dish manufacturers and encourage movie-going at

the same time, one night a week. One evening your gift would be a dinner plate, the next week a soup bowl, and so on until – if you could afford it – you could acquire a whole set of dishes and see a lot of movies. However, as my mother told it, many dishes never arrived home. At the end of the movie everyone would stand up, many forgetting about the dish on their laps, resulting in the crashing of china resounding through the theatre.

This has all been replaced by the sound of crunching popcorn. And as films evolve and time passes, no doubt today’s youthful movie-goers will look back on High Definition, surround sound, 3-D, and other wonderful high tech creations with a hint of nostalgia for the “good old movie days” of their childhood.