Next step in assisted suicide: Ensuring it can be done humanely - CARP
Join Donate Sign In 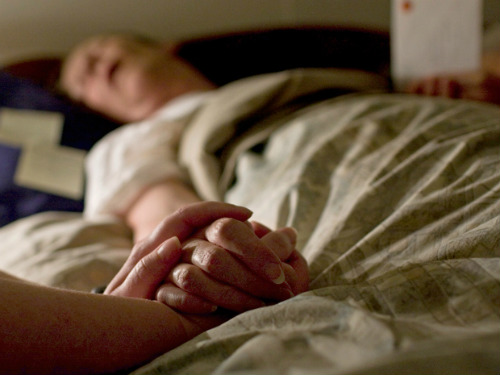 The Supreme Court of Canada, in lifting the legal impediments to physician-assisted death, expressed clearly what most Canadians believe: that denying a hastened death to those who are suffering “intolerably and permanently” is cruel. Denying them the choice is also unconstitutional.

The learned justices acknowledged that, if a person of sound mind and failing body chooses to die, she or he should be able to do so humanely, with the aid of a physician, and not have to poison themselves with pills or flee to a country such as Switzerland for a life-ending cocktail.

A victory in principle is not enough. The challenge now is to give the ruling life.

The court has given the federal government and other regulatory bodies 12 months to draft new rules – or not.

The first question that needs to be addressed is whether we need a law at all. The government could, theoretically, use the constitutional “opt out” provision and leave the current ban on assisted death in place – but given public sentiment on this issue, that would be political suicide.

This article was published by The Globe and Mail on February 6th, 2015.  To see this article and other related articles on their website, please click here

It could also do nothing.

When Canada’s abortion law was struck down in 1988, the court gave parliamentarians time to craft a law that was constitutional, but they never did so. As a result, for the past quarter-century abortion has been legal, and its provision guided by ethical rules of health professionals rather than statute. That has been ideal – at least legally. (Provision of services by provinces is a different matter.)

Civil libertarians are suggesting that, similarly, no laws are required to regulate the provision of physician-assisted death. Rather, it should be an individual decision made between the patient and the physician, like any other medical procedure.

That idea makes most physicians extremely uncomfortable. They want to know the rules of engagement.

If we are going to establish laws or rules of professional conduct about assisted death, several key questions need to be addressed:

Who is eligible? The Supreme Court said a person granted a request for assisted death must be in intolerable pain, have a permanent condition, be legally capable of consent and must “clearly consent.”

Who decides? By saying a person must be capable of consent, the ruling suggests only a gravely ill adult can make the request, not a substitute decision-maker. It almost implies that children and adults with dementia, mental illnesses or other conditions that impair judgment would not be eligible.

Can a physician refuse? The ruling says the rights of patients and physicians must be balanced, meaning a doctor cannot be compelled.

What is the administrative procedure? Does more than one doctor have to approve the request? Is there a cooling-off period? Can only specific medications be used? The court does not deal with these technical issues, nor should it.

If the legislative route is going to be taken – and, again, that is not a given – it is essential that we not allow bureaucracy to get in the way of compassion and choice. We don’t have to start from scratch and rehash the tired old rhetorical debates. We need to focus on how to draft effective legislation.

Conservative MP Stephen Fletcher, an outspoken proponent of the right to die, has drafted two private member’s bills. Bill C-581 proposes amendments to the Criminal Code, using language remarkably similar to the Supreme Court ruling. It could be implemented tomorrow and fully comply with the court’s ruling. If this government wasn’t stubbornly opposed to choice at end-of-life, that’s what would happen. Or, more to the point, what would have happened in lieu of a drawn-out legal process.

Mr. Fletcher’s draft Bill C-582 proposes the creation the Canadian Commission on Physician-Assisted Death, an independent body that would establish the practical rules or guidelines for administering physician-assisted death.

Mr. Fletcher’s draft Bill C-582 proposes the creation the Canadian Commission on Physician-Assisted Death, an independent body that would establish the practical rules or guidelines for administering physician-assisted death.

Another model is Quebec’s Bill 52, which codifies the rules for physicians. Under the provincial law – which has already been adopted – physician-assisted death would be allowed only when four criteria are met:

The person making the request is competent and opting to end their life of their own free will;

The patient has an incurable condition at an advanced stage and is nearing death;

At least two physicians have been consulted, they agree on the diagnosis and are willing to administer a lethal dose of medication;

There is a 15-day “period of reflection” between the request and the final act.

In other words, there are ballasts in place to ensure that a patient’s choice to die is rational and well-thought out.

Let’s not forget that, despite the fierce debate about this issue, very few people would actually resort to physician-assisted death; based on the experience of other countries, it would not be more than a few hundred among the 260,000 deaths in Canada each year.

Granting people choice at end-of-life is essential, but just one small part of the puzzle. We must also ensure that we minimize the pain and suffering of the living, with better and more readily available palliative care, and by bolstering the quality of end-of-life care over all.

That needs to be the real focus of our efforts: to ensure that all patients are treated respectfully and humanely when they are

living, so that all can die with dignity.