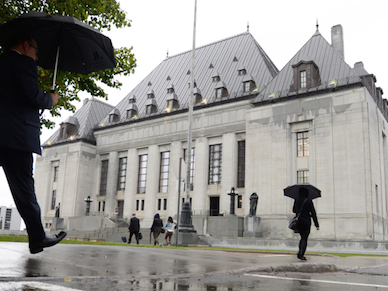 The Supreme Court of Canada has pronounced on the quintessential issue of our generation – whether we can choose to ask a physician to help us end our lives. The answer is yes – within some clear parameters.

The exact words are:

“The appeal is allowed.  We would issue the following declaration, which is suspended for 12 months:
Section 241 (b) and s. 14  of the Criminal Code  unjustifiably infringe s. 7  of the Charter  and are of no force or effect to the extent that they prohibit physician-assisted death for a competent adult person who (1) clearly consents to the termination of life and (2) has a grievous and irremediable medical condition (including an illness, disease or disability) that causes enduring suffering that is intolerable to the individual in the circumstances of his or her condition.”

The Court was very spare with further regulation or clarification except to say that:

“’Irremediable’ … does not require the patient to undertake treatments that are not acceptable to the individual.”

Beyond that, the Court declined to prescribe the rules and regulations, saying:
“Complex regulatory regimes are better created by Parliament than by the courts.”
However, it’s not an open invitation:

“It is for Parliament and the provincial legislatures to respond, should they so choose, by enacting legislation consistent with the constitutional parameters set out in these reasons.”

And to protect the conscientious choice of doctors, the Court said that it was not compelling physicians to provide assistance in dying. Rather:

“The declaration simply renders the criminal prohibition invalid.  What follows is in the hands of the physicians’ colleges, Parliament, and the provincial legislatures.”

The government has three main choices: bring in legislation invoking the notwithstanding clause to countermand the Supreme Court decision, do nothing or legislate prescribing a regulatory regime to govern access and protections for physician-assisted death. All are within the capacity of the majority government to accomplish.

Unless the federal government invokes the notwithstanding clause, Canadians will have the right to choose physician assistance in dying in 12 months’ time. The regulatory regime could be made so restrictive, as some opponents demand, that access could be severely limited but not to the degree that subverts the constitutional right articulated by the Court. If the federal government does nothing, then it will be up to the colleges of physicians in each province or the provincial governments to set up the regulatory regime and practice protocols.

The Canadian Medical Association has already indicated that it stands ready to help develop a national regulatory regime and practice protocols.

There will be a great deal of commentary parsing and interpreting the scope of the Court’s historic decision providing the right to choose. Ordinary Canadians will need to know what this means for them in their own lives. The challenge to our political leaders is two-fold:

How the right may be exercised and whether that is the only choice.

At all times throughout the debate, there has been the concurrent call for more ready access to high quality palliative care. Acknowledging that even the best palliative care is not a complete substitute for the right to choose, nonetheless, the Quebec Law poised to come into effect this year, added a right to palliative care – namely a legislated obligation of the government to provide palliative care.

After all, the vast majority who support the right to choose fear more than anything else, a bad death. Our political leaders can still make sure that they are not forced to make that choice.