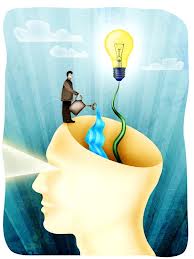 The headline in my daily newspaper announced: Optimism may actually hamper your drive to succeed. Does that mean that the opposite would hold true? Pessimists will save the earth? According to my Thesaurus, there are a several descriptions of pessimists, none of them anybody you would want to spend much time with – doubters, worriers, defeatists, doomsayers, wet blankets…well, you get the picture.   On the other hand, among the definitions of optimists were romantics, visionaries and idealists. Frankly, they seem to me to be a lot more fun.

However, I decided I should find out if the pronouncement was based on massive research that I hadn’t heard about. More reading was required.  I was directed to page E6 of the Toronto Star, where I was informed that this item was by Christie Aschwanden, Special to The Washington Post.

There, the headline was somewhat less puzzling: Being consistent trumps ambition. Well, my mother could have told me that, and probably did. Several times. But, common sense would also dictate that you have to have some ambition to be consistent about.   The article – mainly concerned with getting people to keep to their diets and actually go to the gym – advised taking small achievable steps to reach goals, and even recommends tasking your smart phone to keep tabs on you.   Punishment, rather than reward, was recommended, requiring you to pay real money to a cause you abhorred when you slipped. A Republican commented that when she didn’t reach her goal she would pay $25 to the Democratic Party. The ‘anti-charity’ gave her extra motivation not to fail. Carrying the analogy further, would Americans favouring gun control (yes, there are some), be motivated to donate to the National Rifle Association when they had indulged in that extra piece of pie? Perish the thought.

Successful dieting is a personal achievement, but relatively small potatoes (the smaller, the better) in a world beset by climate change, poverty, corruption, prejudice and a few other problems. It will take optimists to fight those battles, no doubt armed with technology, but no matter how smart our phones, it has to be the optimists – the ones who don’t succumb to pessimism – who can imagine and bring about a better future.

Being known as a “cockeyed optimist” isn’t always a compliment. However, Ensign Nellie Forbush, the heroine of the Hammerstein and Logan hit musical “South Pacific” wins the day by being just that. She also brings the house down with the song of that name, in the First Act of the long running hit that opened in 1949 and is still entertaining audiences on several continents.

It’s true that sometimes we ride off into nowhere like Don Quixote in “The Man of la Mancha” dreaming the impossible dream. It’s a great song, and there is a reason Cervantes tale has become a classic. Not all dreamers and all dreams realize their goals, but how often have we found that knocking on a door here, opens a window there?

According the Albert Einstein, “The true sign of intelligence is not knowledge but imagination”. And what is imagination, but the product of a wide-awake dream? And, said psychologist, psychoanalyst, humanistic philosopher Erich Fromm: “Dreams are a microscope through which we see the recesses of the human soul”. Victor Hugo declared, “There Is nothing like a dream to create a future, and C.S. Lewis advised, “You are never too old to set another goal or to dream a new dream.” If you prefer Shakespeare, Prospero ends The Tempest with, “We are such stuff as dreams are made on; and our little life is rounded with a sleep.”

Hold fast to dreams,
For if dreams die
Life is a broken-winged bird,
That cannot fly.

I rest my case.