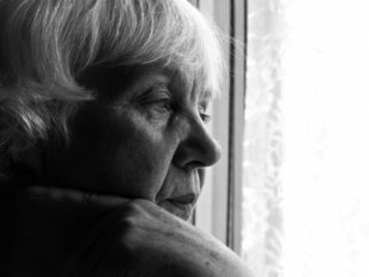 There are clear links between health and social isolation. For elderly adults, being part of a social network has a positive influence, encouraging them to stay physically and mentally active. Without a social network, seniors run a higher risk of having health issues or engaging in harmful acts such as smoking or eating poorly.

Honourable Alice Wong, Minister of State (Seniors) has recently announced a collaborative initiative between National Seniors Council and New Horizons for Seniors Program to assess the impact of social isolation on seniors in Canada, exploring ways to reduce and prevent it. The initiative is based on the work of the National Seniors Council as well as the culmination of consultations and stakeholder engagement.

Apart from physical health risks, social isolation also threatens mental wellness, and is associated with higher levels of depression and suicide. In fact, one in four seniors lives with a mental health problem such as depression, anxiety or dementia. Approximately half of Canadians over the age of 80 report feeling lonely. Social isolation can also leave seniors vulnerable to elder abuse, including financial abuse and is a common denominator among a whole range of issues that affect the well-being of seniors.

Minister Wong announced that National Seniors Council and the New Horizon Program will work together to address the social isolation of seniors. The Forum of Federal, Provincial and Territorial Ministers Responsible for Seniors has chosen to explore the issue of social isolation as a priority for this upcoming year. Last year, the National Seniors Council was asked to assess the impact of social isolation on seniors in Canada and explore ways to mitigate its impact and preventing it from happening. The Council consulted over 300 stakeholders, including seniors, community organizations and academics, and presented a report on their key findings.

The report highlighted the importance of working with those who deliver services and programs directly to seniors. The Council will continue to do work on this issue and further examine barriers that prevent communities and seniors from reaching out to each other. The Council was also asked to examine ways that communities can reach out to socially isolated seniors in their midst.

Minister Wong also announced that this year more than 1,800 of New Horizon for Seniors Program community based grants of up to $25,000 will be awarded to communities across Canada. The grant program support initiatives by not-for-profit community groups that help seniors stay connected, active and involved in their community by encouraging greater social inclusion, volunteerism and community engagement. It is allocated to applicants who make successful proposals.

For the next five years, the broad theme of the pan-Canadian stream of the New Horizons for Seniors Program will be focused on reducing the social isolation of seniors in their immediate communities. Helping seniors stay active and engaged in their communities is part of the plan to tackle social isolation, while improving overall health and well-being of seniors.