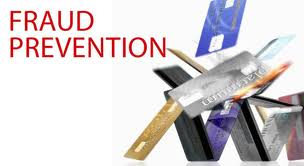 Click here to read the article published on The Toronto Observer on March 18, 2015.

“Billy is that you?”

That’s the typical script of the grandparent scam. Grandparents, believing their beloved grandchild is in trouble, then transfer money to scammers electronically.

Detective Sargent Jim Gotell, of the 54 Division, said they tend to happen in sprees. The cases he’s dealt with usually involve the “grandchild” being in trouble in Montreal.

“Usually people will just hang up, but every once in a while (the scammers) will connect with someone who has a grandchild in Montreal already,” he said, “so it’ll be plausible to the grandparents that it could be their grandchild.”

However, he said, it doesn’t seem as if the scammers have particular targets in mind. It’s more like trial and error.

“The last one we had that the person actually did send money, the person was living in a senior citizens home and other people in the home were contacted. So it could be that buildings where seniors are, are being targeted,” Gotell said. “Senior citizens can be more trusting of people on the phone, and they shouldn’t be.”

March is fraud prevention month at CARP, the Canadian Association of Retired Persons, and the key there is promoting awareness. Susan Eng is vice-president of advocacy at CARP.

“The biggest thing we can do, because there’s no big institutional answer to this, is to continue the public awareness campaign,” she said. “You’d be surprised at how little people pay attention to the general media. And this kind of thing is happening all the time. You really have to repeat it again and again for the penetration of the general awareness of it.”

She added that her members find it difficult to talk about these scams because they are embarrassed.

“You have to look out for yourself, because the system out there is not really well-equipped to help you when the time comes,” she said.

Because the money is freely given and because electronic money transfers are impossible to track, most people never see that money again.

“Once its gone it’s gone,” she said. “Don’t give it away in the first place.”

“We all have to play a role in trying to prevent it,” Eng said.