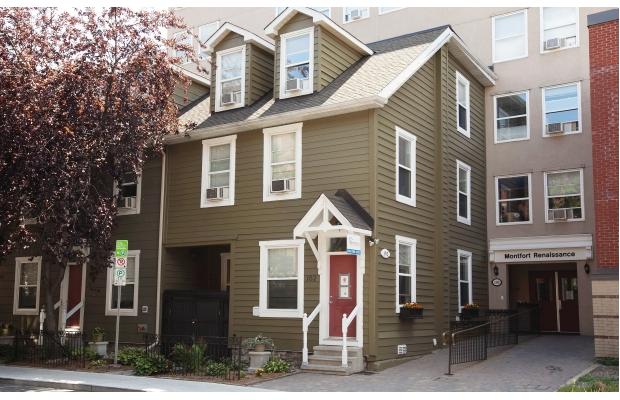 Below is an article published by Chronicle Herald Provincial Edition on Tuesday, March 31, 2015. Click here to read the article.

Despite plans announced last fall to use all of an unspent $42-million fund to decrease the list of people waiting for a government housing space and adding 300 units to the program, demand remains steady and, in the case of seniors, is increasing.

The wait-list for seniors housing accounts for about two-thirds of the total wait-list of 4,700 and has increased by 600 since the fall of 2012, when 500 new units were added to the stock.

There are about 12,000 units in the provincial system, two-thirds of which are for seniors. The units are a mix of co-operative housing, government-owned housing and private-sector units designated for the provincial rent supplement program.

Dan Troke, CEO of Housing Nova Scotia, said the province has had some success with the family portfolio, largely due to partnering with private developers as they build new buildings with designated affordable units, with a goal of making an affordable apartment for at least a 15-year period.

“For a family coming in, that’s making sure that their kids can go to school, you can be close to services and all those things that they want,” he said.

Troke acknowledges there is work to be done on the seniors wait-list, but the province is making investments in all of its stock and taking steps to prepare existing stock for the needs of seniors by making accessible upgrades or building in such a way that a unit is easily convertible for seniors’ needs.

The total portfolio has a turnover rate of about 12 or 13 per cent each year as people’s circumstances change, he said. But seniors and affordable

“Is that a crisis? I guess not, if you accept those numbers as acceptable,” said Grant Wanzel of the Affordable Housing Association of Nova Scotia.

Seniors advocate Bill VanGorder of the Chairman of the Canadian Association of Retired Persons (CARP) Nova Scotia Chapter said one reason the list continues to grow is because people add their names in anticipation of needing a space and the fear an assignment will be away from family and friends.

For many, these spaces are viewed as a retirement plan, said VanGorder. Typically spaces are filled by people unable to keep up their own homes due to physical or financial reasons.

Given that the province isn’t getting any younger, VanGorder said the government needs to find more ways and programs to keep people at home longer, especially because that is often a cheaper option.

The answer to that might actually be in the Health Department, said VanGorder. More home-care support and ensuring the necessary medical supports are available in a given community would go a long way, he said.

While building lots of new stock isn’t likely the answer (for both financial and practical reasons), VanGorder said there does need to be new options in places that either have a growing demand or out-of-date spaces.

“Some of the subsidized housing that’s run by some municipalities is probably not somewhere you would happily send your grandmother or grandfather.”

Wanzel has no problem calling the housing situation in this province a crisis, but said it’s difficult to point to solutions, in no small part because the housing challenges in Nova Scotia aren’t uniform.

“You have to ask many more questions to actually figure out what the nature of the crisis is in a particular place and it varies from one place to another.”

Although there are groups forming in a number of communities to try to address their respective needs, Wanzel said there needs to be a collaborative effort among social groups, government at all three levels and private-sector developers if there is to be a real dent put in waitlists.

Getting to this point took time and it will take time to improve the situation, he said.

“I’ve been in Nova Scotia since the early 1970s and I’ve been fighting this thing tooth and nail for all of that time.”

Wanzel pointed to the Housing and Homelessness Partnership in Halifax and a group in Chester as examples of people trying new approaches.

Troke said the government is doing what it can and is always looking for ways to address needs, but it will require an increased private-sector partnership to bring more units online. The hope is private developers will act when they see a need in a given community.

In the meantime, as wait lists shift in certain areas, resources can be redistributed and there are programs to help property owners upgrade units to meet the needs of their respective communities, said Troke.

For VanGorder, meeting seniors’ needs is as much about the health-care community getting on board as anything happening within the Community Services Department.

The kinds of changes necessary to bring real change demand “intense planning by government and co-operation among the various levels and groups in the health-care system,” he said.

That means getting buy-in from associations representing various health-care workers to end “turf wars” in favour of collaborative solutions to deliver services where seniors live.

This is especially true in rural parts of the province, where too often people think they must live near a hospital.

“If we have the proper medical teams and care, you don’t have to,” he said.

“I think we’ve got lots of caring professionals who understand this kind of thing and want to do it, but there’s still a culture that stands against this kind of change and continues with turf protection.”