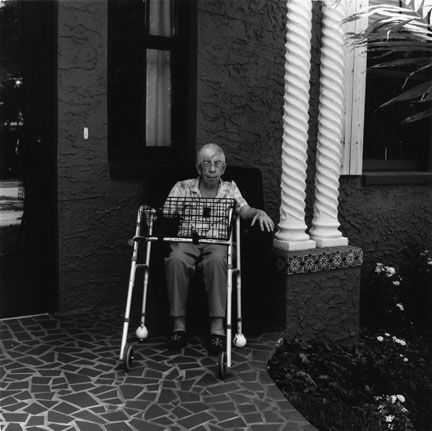 Toronto, ON: CARP members, especially those in New Brunswick, are outraged at the proposal to use means-testing to calculate provincial support for nursing home fees, a change from income testing used by all other provinces, except Quebec and Newfoundland to a limited extent.

In last week’s poll, 67% of CARP members reject the prospect of means-testing support for nursing home fees, 80% say that it’s unfair to be forced to mortgage or sell the family home to pay nursing home fees and half say it would be a ballot issue for them. [see Poll results below]

In the recent Budget, along with removing the cap on nursing home fees, New Brunswick Finance Minister Roger Melanson proposes that the government will reverse a decade’s-old decision to drop means-testing [valuing all family assets]. Means testing in New Brunswick was dropped in 2006 because it caused severe hardship on seniors and their families when they had to go into a nursing home. Many had to mortgage or sell their homes and others feared they would have to engage in “divorces of convenience” to avoid depleting their family assets to pay for nursing home fees.

“CARP calls on Premier Gallant to drop his proposal to introduce means-test nursing home fees. Most other provinces don’t do it for a good reason: it is an undue burden imposed just as the family must make a life changing decision. It is possible, but doubtful, that the Province can save a few dollars by requiring people to liquidate their retirement savings or to mortgage or sell their homes to fund nursing home fees but the impact on the family is harsh, especially as the spouse must still maintain the family home.

“People with means would not seek the subsidy; just those of modest means whose only major asset is their home and few dollars saved to maintain it.

“A majority government which did not campaign on this issue does not have the mandate for such a drastic change. CARP members would change their vote over this”, said Susan Eng, VP, Advocacy for CARP

Generally, there are two major types of expenses in government regulated long term care [nursing] homes – the nursing services which are covered by government and the co-payment, often described as the lodging costs, which are borne by the resident. Government regulation also sets a maximum co-payment – ranging from $2,000 to $3,000 a month for semi-private or ward accommodation, and higher levels for private rooms. With the removal of the cap on nursing home fees in New Brunswick, monthly payments could well exceed $3,000.

Government subsidies to reduce the co-payment are available in each province using different formulas but all, except Newfoundland and Quebec to a limited extent, depend on the income of the resident, not family income, nor personal and family assets. Even if the family home is excluded from the calculation, forcing the family to deplete liquid assets to pay for nursing home fees may require the family to mortgage the home to cover maintenance and living expenses.

CARP has called for a full system re-design of the healthcare system to provide a comprehensive 360 degrees of care that treats Canadians as “healthcare citizens” – with the right to expect timely and appropriate care and equal treatment regardless of age, income and postal code. As taxpaying healthcare citizens, Canadians are entitled to expect a system that wraps effectively around their needs at all stages of life – this includes nursing home care.

Two thirds of members (67%) disagree with “means testing” replacing “income testing” for aid in nursing home fees (and other arenas).

In most provinces, when seniors need help paying for nursing home care, they are “income tested”, where all their available sources of income, including pensions and investments, are calculated to determine their need. In Newfoundland and now New Brunswick, however, seniors in need will be “means tested”, in which both income and assets, including the family home are calculated, and need is determined on the total value. Do you agree or disagree with this change?

The wide majority disagree seniors should have to sell or mortgage the family home to afford nursing home care (81%).

Do you agree or disagree it’s fair to ask seniors to mortgage or sell the family home if one partner needs financial help entering a nursing home?

Would you or would you not withhold your vote from a politician, even one you would normally support, who backed means testing over income testing as a way of determine whether older Canadians need financial help in their retirement?