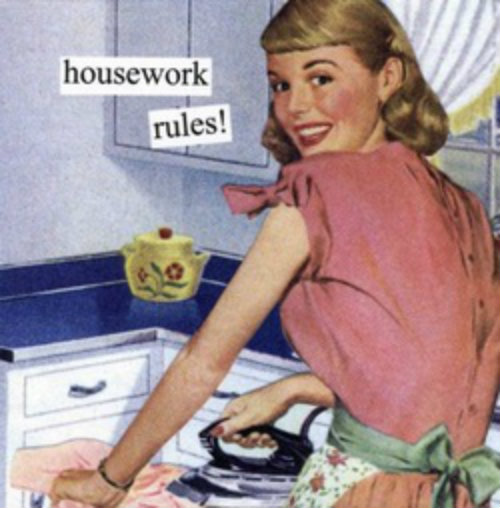 Spring has arrived, at least according to the calendar, and whether or not it feels like it depends on where you live in this country. Nevertheless, I fear it is time to stop stalling and begin cleaning, tidying, disposing of accumulated ‘stuff’ that is threatening to take over the premises. With apologies to Wm. Shakespeare, a decision must be made:

To shred or not to shred-that is the question

Whether ‘tis nobler in the end to suffer

The unending increases in piles of paper

Or to take arms against a sea of rubbish

And by destroying, end them.

Where to start? What do I really need to keep? What’s actually in that box marked “miscellaneous”? I open the carton. Here’s a great photo, it looks like a wedding. It’s in a garden, the sun is beaming, and so are the guests.   But who is that couple? It’s so old they’re probably divorced by now. So, into the garbage? Or, can it be recycled? I check online. I find http://www.earth911.com The first item is entitled “Recycling Mystery: Photographs”, and the reader is urged to read to the end of the article. I do as instructed, but the mystery remains unsolved. However, en route I discover a variety of recycling projects I can indulge in, if I ever get the spring cleaning done.   For example, did you know there are 8 Ways To Reuse Wine Corks? Some of the “recipes” call for a great accumulation of corks. It occurs to me that acquiring the raw material just might make it worth the effort.

I explore further. It becomes obvious that the reason the carton is entitled “Miscellaneous” is that nothing is related to anything else. It is the equivalent of the junk drawer that everybody has somewhere in their home. That’s where you put everything you can’t figure out where to put, such as the cotter pins for the bundle buggy, and the stub of a candle you might need again to make the cabinet drawer slide, or the money saving coupons, with expiry date: August, 2006. I close the box.

If you actually do get around to shredding, what you produce goes into a clear plastic bag in the blue bin, or if you’re feeling creative – and corks aren’t of interest – you might want to take a look at http://snappyliving.com/things-to-do-with-shredded-paper   Who knows? A new career might open up.

When I was in elementary school every spring the teacher would hand out a card with a list of chores we could do, check off and proudly return to school after spring break. These would include such items as “raking leaves”. Luckily they didn’t specify how many. Then there was “picking up scrap paper”. That was easy; most of it had already disintegrated under mountains of snow, and made its way via spring floods down to the river. “Help clean the garage”. We didn’t have one, so that was out. What we did have was a deteriorating Model T Ford hunkered down in the driveway. It didn’t run any more. Even when it did, my mother always carried an umbrella in case it rained – inside the car. This was my brother’s territory. A true entrepreneur, he cannibalized it, selling off its interior piece by piece until it was nothing but a shell.

Another thing to consider is this: once your kids become grandparents, is it okay to dump their Grade School report cards? Are there really items one is expected to keep forever? Will some researcher in 3015 unearth them, write a PhD and be awarded great honours for her insight into how we ancients lived?

I realize that one person’s discard may well be another’s holy grail. And I admit I once committed the heinous sin of dumping an item that was “junk” to me, and a priceless treasure to my son. In an unusual fit of cleaning up, I tackled the floor of his closet and – along with a rolled up old sock, a few inch-long pencils, dust balls, one old sneaker and broken shoelaces – the blade of a hockey stick.

Back story: when he was eleven or twelve his hockey team was invited to practice at the Hockey Mecca of Montreal – the Forum. The assistant coach knew somebody who knew somebody, and it was arranged. When he came home he dumped his hockey bag, and the broken blade wound up in the closet. Fast forward a few years, the day after my cleanup campaign.

“Why would I have seen Henri Richard’s hockey stick?”

“How could Henri Richard’s hockey stick get into your closet? Surely he can afford to have his own closet….”

“Not funny, Mum. Remember when my team practiced at the Forum?”

“Sort of. But there was just a piece of it – only the blade. So I tossed it out.”

“It was just a broken blade. Anyway, how do you know it was his? It could have been anybody’s.”

“Does that prove it?”

“Absolutely.   I was going to keep that practically forever……..I can’t believe you would do such a thing!”

Well, apparently, I did. So, recently, to find out if he really would have kept it “practically forever”, I asked him, “If I hadn’t thrown away that hockey blade, would you still have it?”

“And you still think it was Henri –“

“Okay. So, what would you have done with it, frame it?”

“Yes. And now it would be hanging on my wall.”

“Would that be okay with Debbie?”

Case closed. So, there is now an empty space on my son and daughter-in-law’s wall, which should have been the home of a priceless artifact to be handed down from generation to generation, the invaluable- and now invisible – remnant of a hockey stick, which could, just possibly have been played with and broken by the Pocket Rocket, the great Henri Richard.

Just to be on the safe side and keep peace in the family I might never clean up a closet again. The sacrifice will be worth it.