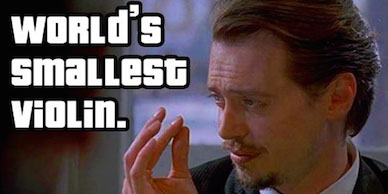 I can’t get wifi on my yacht. That was the first time I realized I had first world problems. It’s not really a yacht, it’s a workmanlike motorsailer, about 30 years old, and in the summer, I use it as my office. It’s moored at the local yacht club, and has air conditioning, how water, gas, electricity, a shower, flat screen TVs and a music system. But not wifi.

I paid $300 for a wifi booster that was supposed to collect local signals, amplify them and allow me to ride on them. There is wifi at the clubhouse, but it doesn’t make it out on the end of the dock where I’m moored, and my wifi booster system doesn’t seem to help, except on still nights.

So, instead, I make a wifi hotspot with my iPhone, and run all my internet connections off that. As you can imagine, the data charges are enormous, especially as I’m there all day and many nights. Then, on Thursday, Friday and Saturday nights, it’s impossible to get a mobile signal from about 5 PM to midnight, because the yacht club basin is surrounded by condo towers, and all those singles are on their cable-cut cell phones, arranging dates for the evening.

Times like that, I just have to shut down the office, and enjoy the view (which is beautiful, with the city skyline twinkling with lights, the CN Tower a coloured exclamation point in the middle). The wheelhouse has a couple of comfortable settees, and the windows provide a panoramic view of Toronto, night and day.

During the two weeks of the Canadian National Exhibition, at Exhibition Place across the basin, the evening ends with fireworks, a pretty good show every night at 11:00 PM, and that’s always worth staying late at the office for. And during the Toronto International Airshow, the quarterdeck of MS Passat is the best seat in town, with drinks cooling in the fridge below, music piping out through the speakers and the ensign flapping in the sunny breeze as the planes roar overhead.

Sleeping aboard is lots of fun, and I do it whenever I can (whenever my wife lets me). The most fun is a rainy night with a wind. I’m moored at the entrance to the basin, and the swells come in through the breakwater and take the boat stern first, where the master stateroom is. The bumpers groan and squeak as they rub against the dock, the bunk pitches, the stays sing in the wind and a glorious time is had by all. As everyone knows who sleeps on a boat, when you get ashore, your bed still moves. And you bump into things in the hallway as you sway to avoid waves that don’t come. Another first world problem.

Those nights I stay over on the boat, I usually go to bed late, just because there’s so much to do aboard in my warm cabin in the pitch black down by the lake. Movies on the iPad, crazy right-wing preachers from the deep South on the shortwave, emergency broadcasts on the VHF (I heard a call for an overturned outboard skiff, 10 miles off Stony Creek one cold and wet night, and thought of the poor sods who had ventured out so ill-boated in that weather). I can spend an hour sitting in the wheelhouse listening to music and watching the CN Tower change colours.

I’ve often thought the safest place to be in a tsunami is in a boat. Well off shore, of course, away from the breakers, where the tidal wave is just a big pile of water you’d ride up, then ride down. Which leads me to think that a well-found, solid boat (like mine) is probably the best insurance against disaster. Floods don’t matter, nor droughts, when you live on a Great Lake. We don’t get tsunamis or volcanoes, and although we seem to be developing a tornado problem, they stay inland for the most part.

Among the first world problems that also come with owning a boat? Having to use special flimsy toilet paper that doesn’t plug the heads. Getting used to the chatter of the VHF when you’re monitoring Emergency Channel 9. Making sure your diesel fuel is clean and “dry”. Spending a constant dribble of money on maintenance. Spiders. Always spiders. Keeping up appearances and not letting the brightwork blister. Oh, and no cable. In addition to my wifi problem, I haven’t figured out how, short of a hugely expensive global satellite downlink, to get cable TV aboard Passat. The boat moves, so a dish won’t work, the club won’t allow us to install dishes on the docks, and there aren’t enough people who want it to cover the cost of bringing a link out to the end of the dock. Like I said, first world problems.